Three people have been arrested separately in Phuket and Trang, south of thailand. They’ve been accused of running a scam, targeting car owners and car rental operators. Police have so far seized 23 out of 40 vehicles the gang had resold.

Nine victims made official complaints on August 26 that a gang was renting cars from them around Phuket and then reselling the vehicles in the southern provinces of Trang, Phatthalung and Nakhon Si Thammarat. The suspects were identified as Ms. Chanida Ratchasaeng, Ms Kamolwan Thamchantha and Methawee Thamchantha.

Police found that Methawee, his girlfriend Chanida and elder sister Kamolwan were members of the gang running the sting.

Related news
Police allege the suspects had rented about 40 cars from victims and then sold the vehicles at lower prices, resulting in about 40 million baht in losses. Police have so far located 23 vehicles that had been resold. Each vehicle was valued around 1 million baht.

The gang were renting the cars, primarily in tourist zones, then selling or pawning the vehicles. They then used the earnings form the car sales to pay rental fees. As they built up their business relationships with the rental companies they then leased more vehicles. 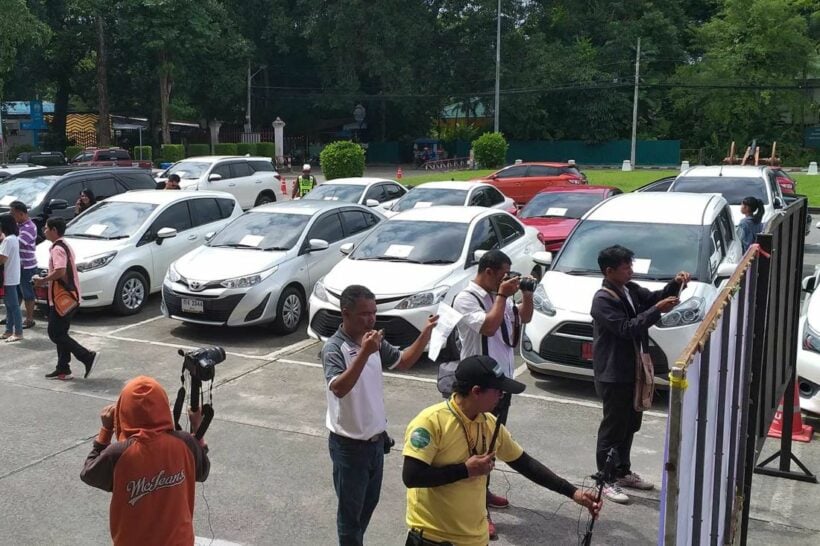