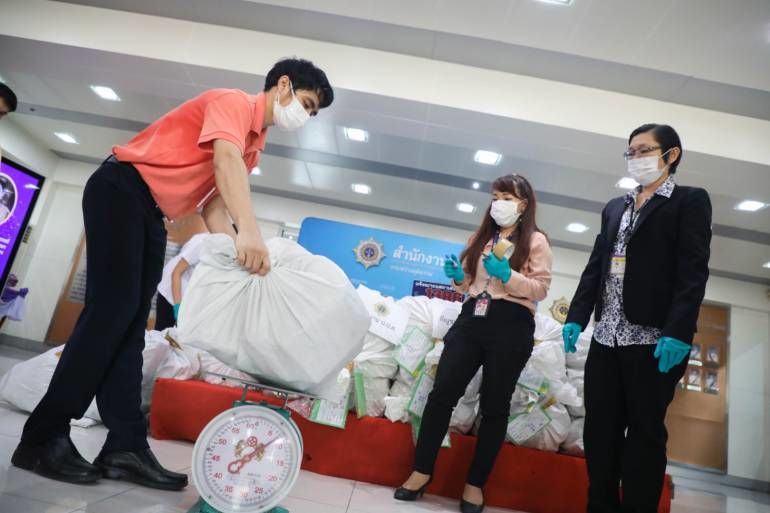 Ever wonder where all the marijuana goes after it’s been confiscated by police? Authorities just gave around 22 tonnes of marijuana they seized in drug busts to nearly a dozen universities and research facilities across Thailand to study its medicinal benefits. Medical marijuana was legalised in 2018 under strict licensing and conditions.

The Office of Narcotics Control Board gave 600 kilograms of marijuana to a Rangsit University. The marijuana was examined to make sure it was not contaminated with any pesticides or fungi before being handed over to research centres, ONCB secretary-general Niyom Termsrisuk told the Bangkok Post. The rest was divided up and sent to 11 other research establishments.

In 2018, the Thai government passed legislation allowing marijuana research for medical purposes. If any cannabis researchers are interested in using the confiscated marijuana, Termsrisuk said they just need to make a proposal to the Food and Drugs Administration or his office. While the government seems to be more cannabis-friendly, growing and trafficking marijuana is still illegal.