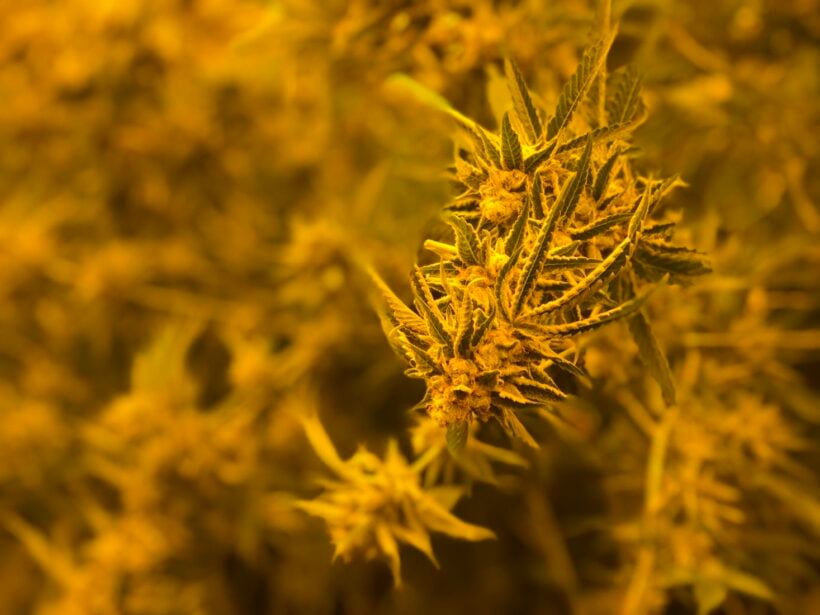 Police arrested a man yesterday for growing 1,000 cannabis plants in a Bangkok warehouse and selling it online through a service called “Heaven Herb.” 41 year old Wu Ding Bin, from China, grew “organic cannabis of foreign varieties.” Police say the foreign strains are priced up to 700,000 baht per kilogram.

“Heaven Herb” marijuana was sold and delivered through a Line app chat group which already has around 6,000 members, according to police. Drug dealers were disguised as Grab and Food Panda motorcycle drivers to deliver the marijuana. During May, Bangkok police arrested 12 men involved in the illicit business in raids in Bangkok, Pathum Thani and Ayutthaya, also finding hallucinogenic mushrooms, dried marijuana and cannabis plants.

Police gained information on the Chinese man after an arrest from one of the raids where a Chinese man in the same building in the Prawet district was growing around 300 cannabis plants. Bin denied that he was involved at the time and said he was” just an electrician”, but police say surveillance footage shows Bin frequenting the warehouse. Police revealed that Bin is in Thailand on a student visa to learn Muay Thai.