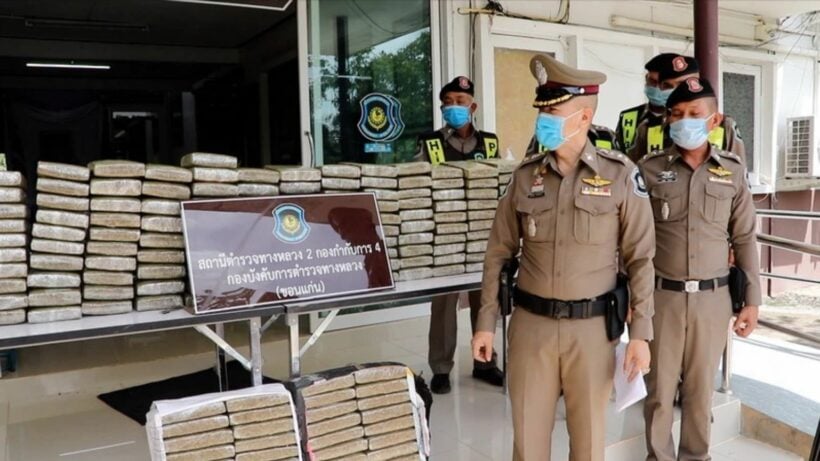 When officers signalled for her to stop, she sped away, prompting police to give chase. Her pick up was overtaken by a police vehicle at about 1am the highway in Nam Phong district. When they inspected the truck, they found 200 bars of compressed marijuana, weighing a kilogram each.

The woman was identified later as 37 year old Sudarat Thongruang, a native of Surat Thani’s Tha Chana district in Thailand’s south. She told police said she was hired by a man named “Sakol” for 30,000 baht to deliver the drugs from Udon Thani to Bangkok.

Recent weeks have seen a wave of marijuana shipments originating in the North. Authorities believe it’s smuggled across the Mekong River from Cambodia and Laos and shipped to Bangkok for storage, before being transported to Thailand’s restive Deep South, on the border with Malaysia.

Marijuana has been removed from Thailand’s list of narcotics, but laws prohibiting it are still on the books, and possession and distribution remain crimes with heavy penalties.