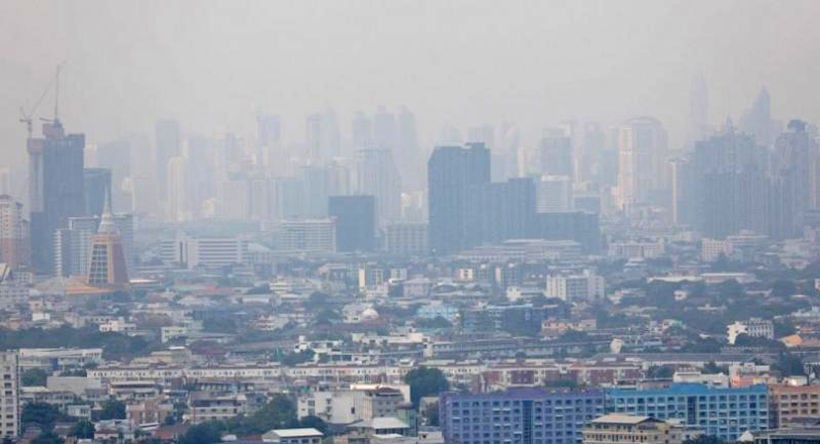 Public schools in the Bangkok municipality have been ordered shut until Friday due to severe air pollution in the nation’s capital. Air quality in the city worsened today and the situation is likely to continue due to poor air circulation and accumulation of PM2.5 dust in the atmosphere. Bangkok Metropolitan Administration (BMA) spokesman Pongsakorn Kwanmuang said today that the city will ask high-rise and electric train construction sites to suspend operations until Friday, the second such move in recent weeks.

Police have been requested to stop trucks of six wheels or more from accessing Bangkok’s Ratchadapisek ring road until midnight on Thursday and to set up roadblocks to check vehicle emissions. Officials and police will patrol open areas to ensure there is no outdoor burning, and city workers will spray water into the air and on roads to wash away dust.

The whole of Bangkok and its vicinity were found to contain excessive amounts of PM2.5 dust this morning, measured at between 55-90 microns per cubic metre, according to the Pollution Control Department (PCD), higher than Thailand’s threshold of 50, wand well above the World Health Organisation’s standard of 25.

The highest level of PM 2.5 was reported in the northernmost province of Mae Hong Son, at 125.