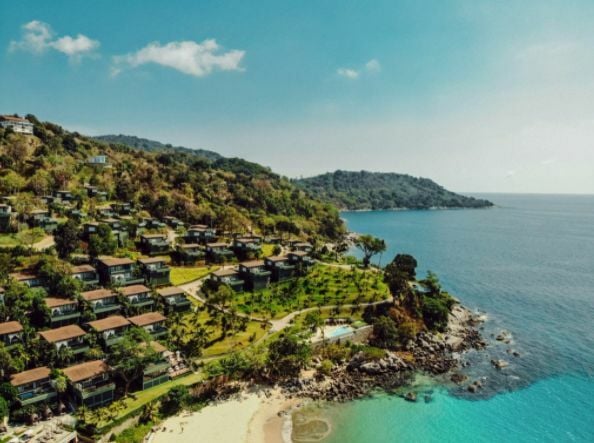 In the last two years, the pulsing and colourful life in Phuket came almost to a total standstill. The worldwide pandemic has also reached the beautiful island in South-East-Asia and the lockdowns and global travel restrictions have left their mark on the touristic places of the world. Now though, as the vaccines are rolling out and more and more people feel more confident about travelling again, life slowly comes back to the paradise of Thailands coasts.

Many have waited long and patiently for this moment and are now finally able to turn back to their beloved island in the Andaman sea. As many people have made some good deals during this chaotic last two years or at least made it to lay some money aside, for some the right moment may have come to change their lives and move to paradise.

The time is not bad chosen as the market is starting to flourish again and prices are on lower levels. While many foreign residents of the island had to leave during the pandemic to see their loved ones back home, others whose lives were based on the tourism sector of the island had to completely close down their businesses. As a result, there is plenty of Property and Real Estate for Sale in Phuket Thailand and the prices attract lots of new investors from Europe, Great Britain, China, the United States, Australia and Russia.

Thailand and especially Phuket have a lot to offer. Not only is the real estate market very open and accessible to foreigners, but it is also creative. The architecture of the residential complexes and villas around the island can be very astonishing. More than only one Architect Company in Phuket Thailand is working currently on new projects, creating more breathtaking spaces for investors and new residents from all over the world.

But what makes the Real Estate market and the architecture of Phuket so fascinating? And who is responsible for these interesting projects? We have brought together the information you need to know!

The Luxury Homes of Phuket

Phuket was always known as a place with creativity and ambitious projects that get the most out of the environment while offering all the comfort to have a full luxury experience. Before Phuket earned its reputation as a world-class beach holiday destination, it attracted fortune-seekers, workers and traders from Asia, Arabia and Europe for centuries.

This interesting combination of cultures and ideas is reflected in the island’s architecture and reminds us of the fact that the fusion of cultures and knowledge has brought us to where we are today. If one takes a look at how luxury villa design has evolved in Phuket, one finds a history of more than 150 years of magnificent architecture.

Already many years ago Phuket was a place for the wealthy and glamorous. Back in Phuket’s booming tin-mining days in the late 1800s to early 1900s, the island’s emerging wealthy class built many luxury mansions in the traditional style of the tin mine barons which often came from China or Indonesia. Some of these villas can still be seen in Phuket-Town and serve as inspiration for new projects that aim to include the culture and expertise of their surrounding.

Old places turned into something new. What used to be a coconut plantation on a headland near Surin Beach in 1988, became, for instance, home to the Amanpuri, an exclusive resort built to a level of luxury unheard of at the time on Phuket. But also the traditional architecture of Thailand has influenced architecture all over the world.

The collection of elegant pavilions spilling over the hillside was designed by the architect Edward Tuttle and set the ground for a ground-breaking style that came about after his extensive travels around Thailand. The architect got inspired by the ancient Ayutthaya architecture of central Thailand which is characterised by steep multi-tiered roofs and elevated pavilions set around a central platform.

Through the years more architects joined the game and created a vast diversity of breathtaking projects throughout the island. Many investors and those who were searching for a comfortable and luxurious residency far away from home were attracted by the villas and poolsides in Phuket. But who are the ones creating all that magnificent styles along the coastline of the Andaman Sea?

The Creators and Architects of those breathtaking homes

As mentioned, there are many different architecture companies around the island, but not all of them have the same amount of ambition and vision needed to create extraordinary homes and spaces. One company that has set ambitious goals and realized various projects is The Only One Architecture Group.

The company really succeeds in delivering outcomes that are clearly unique high-end and timeless. A team of experienced architects in collaboration with a wide network is working for The Only One Architecture Group to provide excellent results. The company wants to create architecture that is clean, simple, most modern technic, high-end and elegant at the same time. It is their goal to find the right mixture between traditional and modern styles.

The Only One Architecture Group is mainly based in Thailand and Singapore where it realized many outstanding projects of luxury homes and high-end Villas. Also outside of its home base, the company has been successful already. Different projects for international clients have been realized as well in countries like Austria, Germany, Switzerland or in the USA.

If you are searching for something other than usual and standard homes and look for individually exclusive designed minimalistic villas that merge with the landscape, The Only One Architecture Group is the right architect company for you.

7 best indoor plants you can grow in Thailand