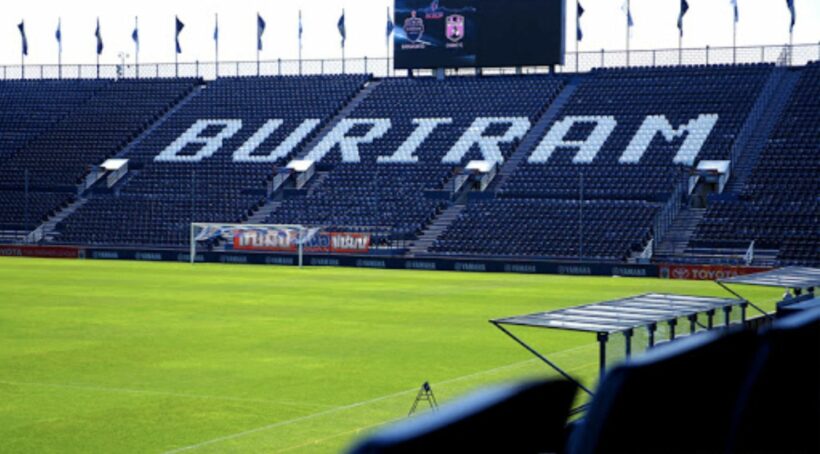 “He was asymptomatic and now under the care of physicians at a local hospital in line with public health standards.”

“Other Buriram United players and coaches were retested on September 10. All tested negative but they would still enter the 14 day quarantine process under medical supervision.”

Now, the Public Health Ministry is waiting for results on 43 other people, considered to be a “high risk”, who had been in close contact with Uzbek football player.

The Sports Association of Thailand governor says the testing of all players in the league was carried out in the lead up to the resumption of matches yesterday.

“Some matches would need to be rescheduled – four Thai League 1 and League 2 matches will be postponed.”

Although the football player Akbar Ismatullaev had been in quarantine for 14 days when he arrived in Thailand early August, health officials speculate that virus’ incubation period could be longer the 2 weeks in rare cases.

“It is still unknown where and when the athlete contracted the virus. It may have been that he was infected in his country of origin before travelling to Thailand.”

The Uzbek football player arrived in Thailand on August 11 and went into mandatory 14 day quarantine in Bangkok. He was then driven to a team camp in Buri Ram province on August 27. He was tested again and this time tested positive for Covid-19.

Meanwhile there were 3 Thais and 2 foreigners added to Thailand’s coronavirus total. All were discovered in quarantine after arriving from four countries. The infected people included 1 from Japan, 3 from India and another from the United Arab Emirates. Mr Akbar was other case announced officially in the totals yesterday.

One patient was a 9 year old Japanese student who arrived in Thailand on September 4 on the same flight as his father – his father had tested positive earlier. He tested positive in a 2nd test last Thursday and has been asymptomatic.