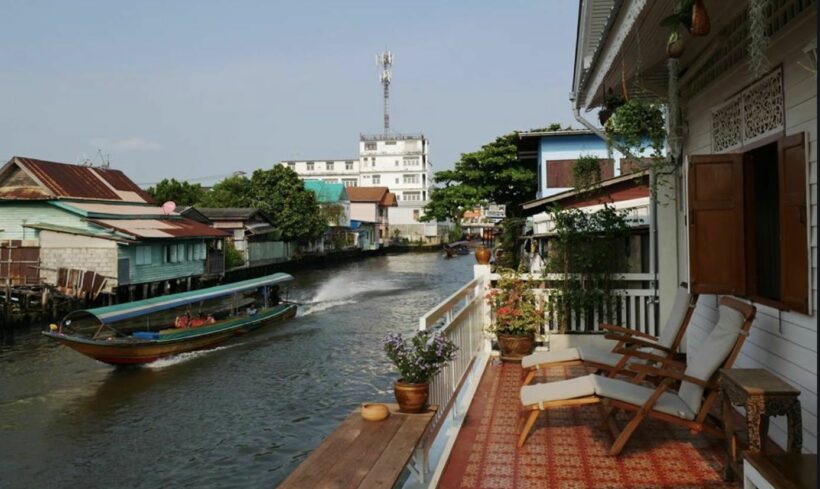 Bangkok’s BMA is poised to spend 150 million baht revamping 15 kilometres of canal network in Thon Buri as part of an initiative to revive Bangkok’s reputation as the Venice of the East, a popular tourist phrase of the past referring to Bangkok’s extensive canal (klong) network, now mostly filled in and replaced with roads.

The Bangkok Metropolitan Authority is approaching the Office of the National Economic and Social Development Council to approve the project which would rejuvenate the landscape along the existing canal which the BMA then aims to promote as a new tourist destination.

Klong Bangkok Yai is a historic klong on the west banks of the Chao Phraya. Originally it was part of the actual Chao Phraya River. The course of the Chao Phraya was longer than at present. Those who wanted to travel by boat had to cruise along the river, which took more than a day, until the reign of King Chairachathirat (1534–46) of the Ayutthaya Kingdom who ordered the construction of a canal bypassing the long and winding loop of the Chao Phraya River, known as Khlong Lat, reducing travel times and changing the course of the river, which now flows along the new canal. The old course became the Khlong Bangkok Yai (lower section) and Khlong Bangkok Noi (upper section). – Wikipedia

The rehabilitation scheme is aimed at promoting the historic canal as part of an alternative water transport network and plans to add 30 long tail boats to take tourists to visit the temples and communities along canals.

Pijaya Nagavajra, the BMA deputy permanent secretary, says when tourists, or even locals, think of the Chao Phraya River, they are mostly familiar with touristy sites such like the Temple of Dawn and Grand Palace.

“But if they just take a boat down the adjacent Bangkok Noi canal, they will be awed by historic temples and old communities which have been stood there for several hundred years.”

The canal route involved in the makeover will start in Bangkok Noi Canal near Siriraj Hospital and include feeder canals like the Mon Canal, Chak Phra Canal and Bangkok Yai Canal.

Among the highlights are Wat Suwannaram temple, built in the Ayutthaya Kingdom and housing monk statues and mural paintings, and Wat Srisudaram, another temple dating back to the Ayutthaya period famous as the spot where the late renowned Thai poet Sunthorn Phu entered the monkhood.

“The shoreline of the old canals also housed multicultural communities such as the Bang Sai Kai community of Laotians, the Mon community in Wat Pradittharam community and Muslims at Bang Luang Mosque.”