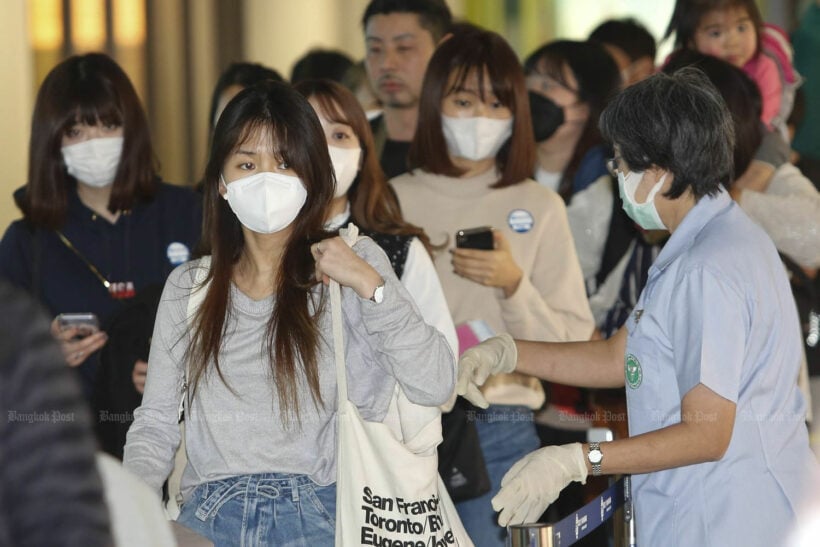 Seven new cases of the 2019-nCoV coronavirus were discovered in Thailand yesterday, including three Thais and four Chinese. The new cases brought the total reported in the country to 32, the third highest number of infections outside of China, Japan and Singapore. The global death toll from the virus is now at least 805, surpassing the number of fatalities from the 2002-2003 SARS outbreak.

The seven new cases are all in hospital. One of the cases was part of the group of 138 evacuated from China’s coronavirus epicentre of Wuhan on Tuesday. The other two Thais had close contact with tourists.

Of the four Chinese, three are family members members of previously reported cases, while the other is a tourist from a “risky area” in China, according to Suwannachai Wattanayingcharoenchai, director-general of the Disease Control Department.

Among the 32 cases Thailand has reported so far, 23 are Chinese while nine are Thai. As of yesterday, one more patient was allowed to go home, bringing the count of discharges to 10. 22 other patients remain in hospital.

Not much of an apology – Thai Health Minister’s non-apology