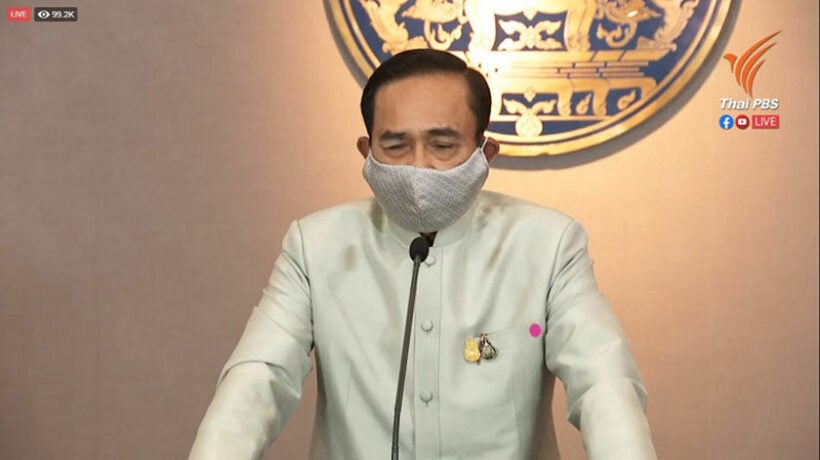 Following an Egyptian soldier and Sudanese child both testing positive for the Covid-19 virus in Thailand, PM Prayut Chan-o-cha has apologised and promised a review of the rules that exempted both foreigners from quarantine. An Egyptian aircrewman tested positive after visiting Rayong, in the east of the country, while the 9 year old daughter of a Sudanese diplomat has tested positive during self-isolation at a condo in Bangkok.

Hundreds of people believed to have had contact with either person are being traced through the Thai Chana platform and will be required to self-isolate for 2 weeks. The development has led to a shut-down of over 200 schools in Rayong, as well as the shopping malls visited by the Egyptian soldier, and the Dvaree Diva Hotel, where they were staying. Locals are reportedly furious, as Rayong was just beginning to welcome back domestic tourists following the lifting of nationwide Covid restrictions.

In Bangkok, residents of the ONE X condominium building, where the Sudanese child was self-isolating with her family, (who have so far tested negative) are being tested for the virus. It’s understood the family did not violate the self-isolation requirements, but the building’s common areas, including elevators and the lobby, are undergoing a deep cleaning.

The PM says a full investigation into the process that allows for certain categories of foreigners to be exempt from mandatory quarantine will be carried out. If such exemptions are reneged, such future arrivals may be required to fulfil the same quarantine requirements as other foreign nationals.

Despite the PM’s apology, the government’s Covid-19 task force lays the blame for the Egyptian incident firmly at the door of the Egyptian Embassy in Bangkok. The embassy has issued a statement to the effect that it is fully cooperating with the Thai government but has stopped short of an apology. Egyptian officials say all crew passed a Covid-19 test before departing Egypt and claim they did not violate any rules, despite evidence that they left their hotel to go shopping in Rayong. 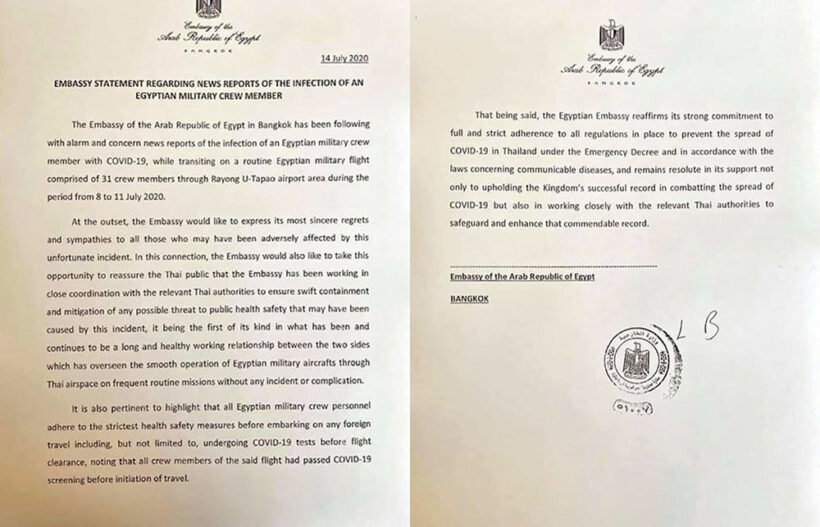