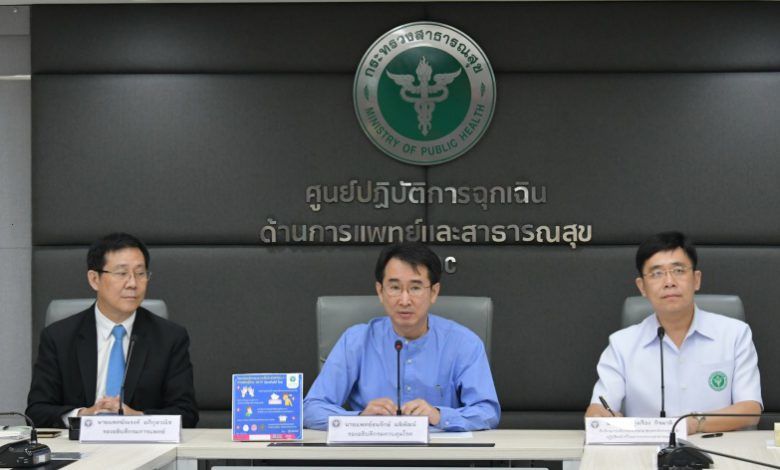 The Thai Public Health Ministry announced yesterday that no flights carrying passengers from the barred cruise ship MS Westerdam, whether chartered flights or otherwise, will be allowed to land in Thailand before the end of February. Department of Disease Control deputy chief Dr Thanarak Palitpat says the decision is the result of a discussion among authorities including the DDC, the Immigration Bureau and the Ministry of Foreign Affairs on Monday.

He says the move is also in line with a comment made on Facebook earlier this week by Deputy Prime Minister and Health Minister Anutin Charnvirakul. The post said no former passengers of the ship would be allowed to fly into Thailand until February 28, even in transit. The Westerdam was denied permission to dock in Thailand out of concern it might be carrying COVID-19 virus victims, only to be welcomed in Cambodia last Thursday.

An elderly woman passenger on the Westerdam was found to be infected upon disembarking, despite repeated claims by the ship’s officers that everyone on board had been tested and was healthy.

Before the decision was made to bar the ship’s passengers arriving by plane, 95 had already landed to board flights home. Only four of those still remain, two Thais and two foreigners. All have tested negative for the virus but are still under the requisite 14-day observation.

The deputy director-general of the Department of Medical Services said yesterday the number of confirmed cases in Thailand remains unchanged at 35. Two more victims, both Chinese tourists, have recovered and been released, bringing the total number of patients discharged to 17. The pair included one person who had been critically ill and was given a cocktail of anti-viral medications normally used to treat HIV/AIDS and influenza.

The ministry said 872 people have been deemed “patients under Investigation,” 55 detected in airport screenings and 817 who sought treatment. Of that total, 790 have already recovered and been released, most of them diagnosed with flu and other ailments.

Only one of the 138 Thais ecacuated from Wuhan, China, the origin of the outbreak, was confirmed as infected and is being treated in hospital in isolation. The rest are in good health and will be released today as scheduled if a final round of tests confirms they are virus-free.

This week the Health Ministry stepped up screening of passengers arriving from Singapore and Japan, which have both seen sharp rises in the number of virus infections at Level 3, which represents those who have not travelled to China or had direct contact with anyone from China or other virus-hit locales. The ministry also asks residents of Thailand who have returned from Japan and Singapore in the past two weeks and developed fever to seek medical attention.