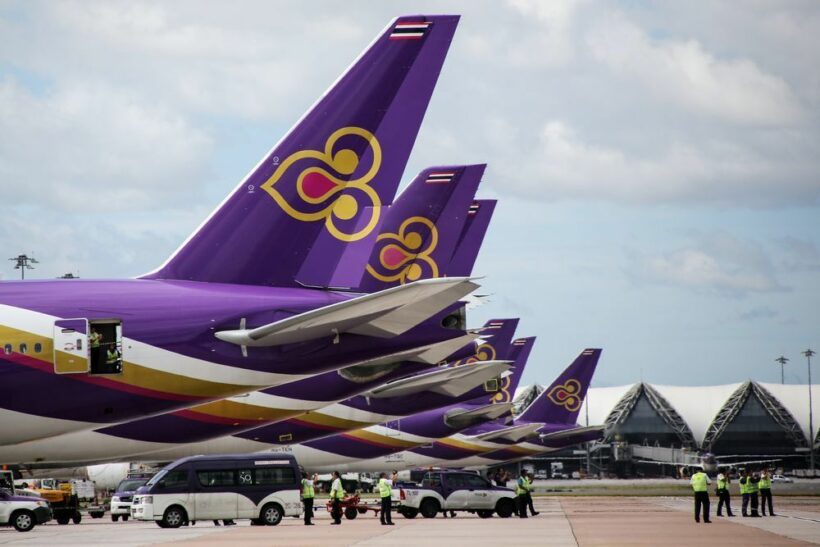 “All rumours about a lay-off aren’t true. News involving Thai Airways that didn’t come from the Finance Ministry should be considered false.”

Thai Airways has been a financial basket-case for the past decade as successive governments have had to pour money into the legacy airline to keep it afloat. Thai Airways employs about 20,000 staff. An offshoot company, Wingspan, woffering aviation-related services, has 4,900 workers on its payroll.

Somkid says the government will be ready to help the national airline. While insisting that the airline won’t lay off employees, he again urged the Thai Airways board to come up with a business plan which would allow the company to grow and expand after the crisis.

The deputy premier said the Finance Ministry needs to see a proposal which “clearly outlines how Thai Airways plans to review its management structure and business strategies, so it can remain competitive in the aviation market once the pandemic subsides”.

Thai Airways has temporarily suspended all international services (except charters and cargo flights) until May 31. Thai Smile, the national carrier’s budget offshoot, has taken over domestic services to Chiang Mai, Phuket and Krabi in smaller aircraft.

The company has grounded 69 of its 82 jets until the coronavirus situation improves.

But air travel has not ground to a complete halt as the national continues to operate cargo flights and says it’s ready to arrange special flights to repatriate Thais stranded abroad if requested, according to Bangkok Post.

Meanwhile, the State Enterprise Workers Relations Confederation and the Thai Labour Solidarity Committee yesterday says airlines should clearly specify when staff will be able to return to work and ensure that the crisis is not being used to trigger lay-offs.