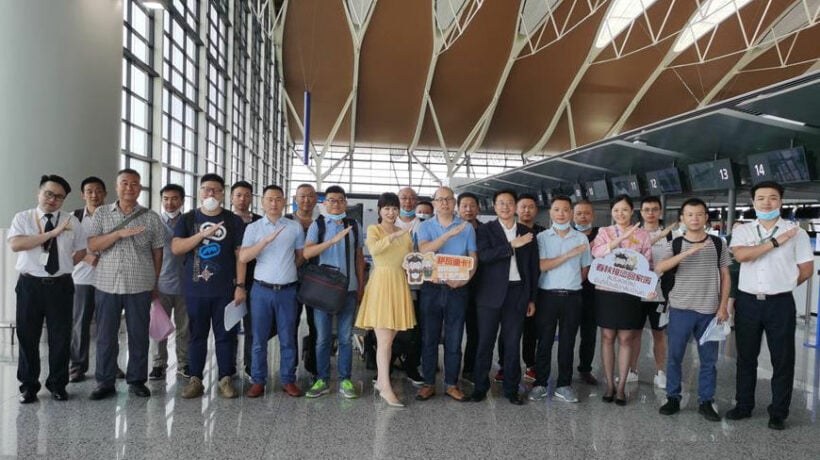 The first charter flight from China to Thailand has landed in Bangkok, after Thailand partially lifted its 3 month ban on foreign arrivals on July 1. Yesterday, a Spring Airlines flight flew 31 Thai nationals and 21 members of a Chinese company in Thailand from Shanghai’s Pudong International Airport to Bangkok’s Suvarnabhumi International airport.

All foreigners, except those with work permits, had been barred from entering Thailand since March. After more than 5 weeks with no locally transmitted cases of Covid-19, Thailand is again allowing entry to limited groups of foreigners.

Business travellers, diplomats, and government officials staying for less than 14 days are considered “fast-track travellers” who will be swab tested for Covid-19 when they arrive to ensure they are infection-free before entering. The so-called “medical tourists” are expected to be allowed in later this month.

Business Traveller reports that the following categories of travellers are now, or will soon be allowed into the country…

According to the Bangkok Post, Suvarnabhumi airport has unveiled rapid coronavirus tests that are offered for overseas arrivals and being evaluated as another solution to limiting another outbreak in the Kingdom.