Don’t believe the hype! A government spokesperson responded to rumours by denying that PM Prayut Chan-o-cha has become infected with Covid-19. The rumours have been swirling around on Thai social media that the prime minister has the Coronavirus.

The spokesperson for the government emphatically denied the online claims and confirmed that the PM Prayut is in perfect health with no problems and not Covid-19. But the representative used the opportunity to remind people to be likewise vigilant in the fight against Covid-19 and to follow the news to keep current on new developments.

The spokesperson said that PM Prayut reminded people that the most accurate and confirmed information could be found coming directly from the CCSA, who met and decided that Test & Go would not be reinstated, though details of procedures for those already approved for the programme would be hashed out in their next meeting on Friday.

The government also wants to remind Thais that Covid-19 infections are rising around the world with the more transmissible Omicron variant spreading and urged the public to keep following Covid-19 protocols.

Meanwhile, though PM Prayut is said not to have Covid-19, Thanathorn Juangroongruangkit, leader of the Progressive Movement, confirmed that he did have the virus. The politician took to his Facebook to announce that he contracted Covid-19 abroad while travelling. He is now quarantining and monitoring his health and called on others to be careful and mindful of their health. 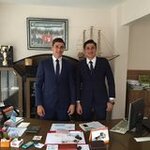 yasar
do not close the country, take the vaccinated people to your country, find a solution instead of closing the country

Bluesofa
2 hours ago, Thaiger said: A government spokesperson responded to rumours by denying that PM Prayut Chan-o-cha has become infected with Covid-19. He's so behind the times he's probably got Covid-10

King Cotton
9 minutes ago, whitesnake said: It would be funny if Praytwat did have the virus though!!! With visions of him being carted off to an emergency field hospital, shouting "Hey, don't you know who I am? I'm fully vaxxed, too,…

AdvocatusDiaboli
4 minutes ago, King Cotton said: With visions of him being carted off to an emergency field hospital, shouting Let the Deputy Prime Minister run the country whilst I get better 😂