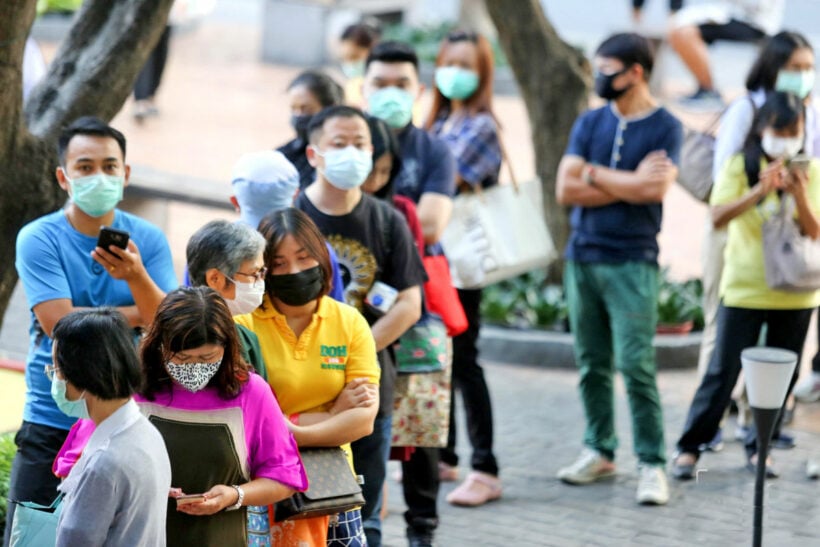 14 Thai doctors have sent a message to Thailand’s Government alerting them to the dangers of a premature easing of travel restrictions and closures around the country. Meanwhile pressure is mounting from people and hawkish businesses to reopen the schools, open the shop doors, restaurants and shopping centres.

The group of doctors submitted a 5-point proposal. The government says it is deciding how and when to relax restrictions so they can announce before the expiry of the state of emergency on April 30, just 9 days away.

The doctors say that the country’s ‘lockdowns’ have been shown to contain the spread of the virus to a “satisfactory level”. At this stage 32 provinces have reported no new infections for two weeks. Phuket, the province with the highest per capita infection rate in Thailand, has had no new reported cases or deaths for 3 days now.

But they also admitted that the success of the lockdown had forced severe economic and social costs and that the impact on low-income earners would be the hardest if the restrictions continued unnecessarily.

Several European countries are now going through a process of reopening towns, services and shops, in a risky health experiment, trying to re-launch ravaged economies without the safety net of an effective vaccine.

They explained to the government that the coronavirus can only be contained, not eradicated. They admit that the easing of restrictions may have to be approached from a community level and not a country-wide re-opening all on one day.

The doctors recommended that lockdown measures should be eased gradually, as small pilot projects, starting in some of the provinces which have not reported any new infections for the past two weeks.