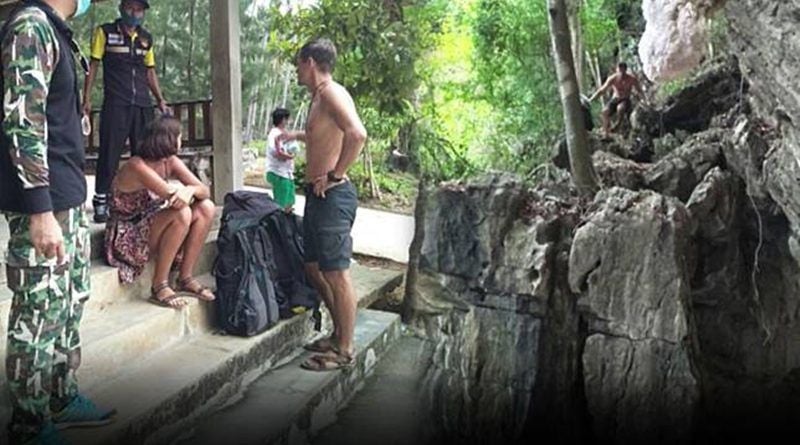 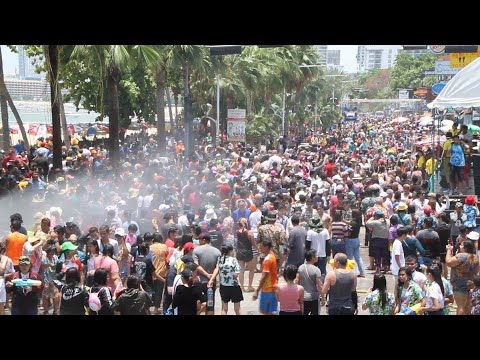 Thailand reported 27 new cases of Covid-19 in the past 24 hours but no additional deaths today.

The new figure is 5 fewer than the 32 cases reported yesterday, and the lowest number of daily cases recorded since March 14.

For the third consecutive day, no additional deaths, related to the virus, were reported, leaving the accumulated death toll at 47. The national recovery rate to 71.6%.

A Russian couple say they’ve been stuck in a cave in Krabi waiting out the Covid-19 crisis in Thailand.

They’ve been holed up in a tent inside the entrance to the cave in Tonsai Bay. Officials heard from locals about the 2 Russians, both around 30 years old, who had sought refuge in the local cave. The married couple were invited to the Ao Nang Tourist Police Station to investigate their circumstances.

They said that when the local hotels closed they had nowhere else to go. Police took them to hospital where they are certified as healthy and then checked into one of the 4 hotels in Krabi that are allowed to remain open supporting stranded foreigners.

Last night at around 6pm, an army private is alleged to have shot and killed his father in law in Samut Prakarn province (South of Bangkok).

Police from the Bangmeuang Station were informed of the multiple gunshots at a house in Sub Yang Yein housing estate. They quickly set up a blockade surrounding the area. Authorities negotiated with the shooter who was holed up in a car parked in front of the house.

After an hour of negotiations the suspect decided to surrender. Police arrested the suspect – a 37 year old Army private of the Military Police Division. At this stage police assumed that the motive for the crime was a personal conflict.

Chiang Mai is suffering yet another day of poor air quality, the 86th consecutive day with air quality index above 100.

And whilst the air quality is still bad, it’s still a lot better than it was a month or so ago when the readings zoomed up to 300-400, and somedays, even higher.

aqicn.org data reports that Chiang Mai’s air quality index had a PM2.5 level of 168 micrograms per cubic metre on average, 50 AQI being Thailand’s upper safety limit. A firefighter said this year had been very difficult with lots of big fires to fight.

“This year is dry. There has been no rain. I’ve been working nonstop for almost 2 months and haven’t gone home yet”

Haze has been a common phenomenon in North Thailand and particularly Chiang Mai for more than a decade. It usually occurs from January to April, but peaks in March as extremely dry conditions increase the severity of forest fires, mostly deliberately lit.

This week in Pattaya, in any other year, there is a traditional celebration known as Wan Lai, the celebration after Songkran.

It’s a week long wet-fest where Thai citizens and tourists come to Pattaya to enjoy post-Songkran on steroids.

In regular years the Pattaya festival draws hundreds of thousands of people from the world a truly unique festival/party, featuring dozens of concerts, events, water throwing, special vendors, shows, drinking (lots of drinking). There are also family gatherings. But just like the traditional Songkran has evolved into a huge water-splashing party, Wan Lai has evolved as well, into an even bigger water-splashing party.

But due to the Covid-19  situation in Thailand, mass gatherings are now banned, so that the massive Wan Lai party has been replaced with empty streets.

The Thai Government has stated that they still plan to have a Songkran celebration later in the year and promised the Thai people they would still get their annual new year festival.