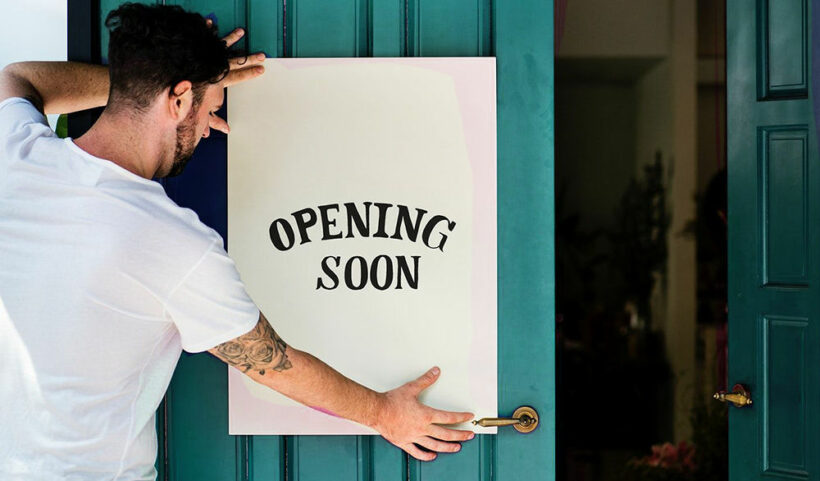 After addressing the early crisis with ‘lockdowns’ and social distancing, now the narrative pivots to lifting stay-at-home orders and re-opening economies. Some European countries have taken tentative steps to ease restrictions as coronavirus death rates start to fall in some nations. Even in the US the national rates of new infections continues to rise, although the rate is starting to show signs of flattening out.

Whilst government’s are trying to tackle the thorny questions of when and how to ease restrictions, there’s now been an unprecedented collapse of global oil prices, which traded in negative territory for the first time ever. The collapse will add further ‘fuel’ to the arguments for a quicker unshackling of the people’s lives and the global economy.

Whilst billions of people have been staying at home to help limit the spread of Covid-19, and oil producers Saudi Arabia and Russia in a price war, an oil glut has pushed US benchmark West Texas Intermediate for May delivery prices down to -$37.63 per barrel. Yes, that’s MINUS $37.63. That means the oil companies are paying you take away their barrels at the moment.

The move was so violent and shocking that many traders struggled to grasp the extent of the fall. But the negative prices also reveal a fundamental truth about the oil market in the age of coronavirus: The world’s most important commodity is quickly losing all value as chronic oversupply overwhelms the world’s crude tanks, pipelines and supertankers. No one is flying, few are driving their cars, the demand has dropped to a historic low. 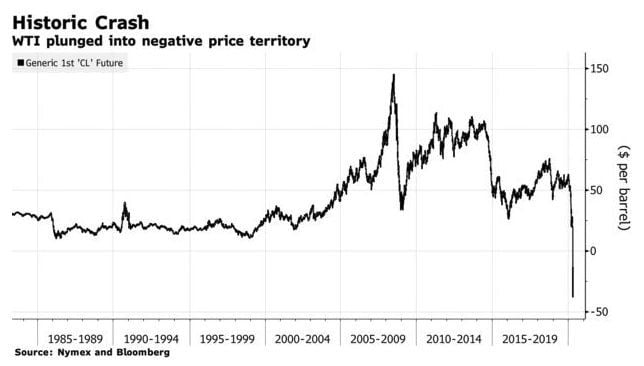 According to Bloomberg, the price collapse could redraw the global map of power as petrochemical states like Russia and Saudi Arabia, who have enjoyed a resurgence over the last 2 decades thanks to an oil windfall, see their influence diminished. Exxon Mobil, Royal Dutch Shell and other oil giants are ripping up business plans, desperate to preserve cash.

The Dow, chronically volatile for the past three months, closed down to 23,650.44 points or 2.4% on the back of the oil price crash.

The news emerges concurrently with protests in some US states where people marched over the weekend demanding that they be allowed to go back to work and return to their ‘freedoms’. This, despite a new survey that indicates most Americans oppose protests calling for an end to stay-at-home orders. The Yahoo News/YouGov poll published yesterday shows that 60% of Americans oppose the protesters while 22% support them, and 18% were unsure.

In Australia, authorities in Sydney have partially reopened three of the cities largest beaches while New Zealand announced it will ease a nationwide lockdown next week, with NZ PM Jacinda Ardern claiming… “We have stopped a wave of devastation.”