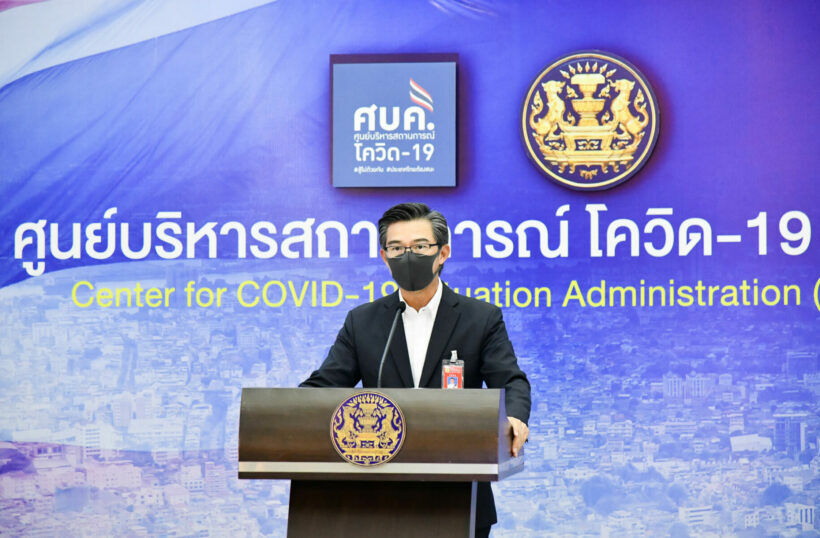 The CCSA has announced today that they will hold off on adjusting the current entry restrictions for foreign travellers to Thailand until after next week’s Songkran festival, as they continue monitoring the spread of Covid-19 in the country. After today’s meeting, CCSA officials said they plan to adjust their measures in May, depending on the Covid situation after Thai New Year celebrations. Possible changes to the current entry restrictions may include:

Meanwhile, the CCSA said that Thailand is able to manufacture ATK test kits domestically. Currently, Sirirat hospital, together with the private sector, has developed the process to manufacture some 200,000 test kits per month. But Thailand Prime Minister Prayut Chan-o-cha reportedly wants to increase the monthly production to 1 million, saying it’s possible to do so.

During today’s meeting, the Department of Disease Control submitted a proposal to scrap the mandatory PCR tests for international travelers. The CCSA said the new rule would come into effect after next week’s Songkran festival, but the shift to antigen tests may take effect next month, the Bangkok Post reported before the meeting. The current colour-coded zoning method for coronavirus outbreaks will remain in place. On Thursday, deputy prime minister and public health minister Anutin Charnvirakul, said that if and when the CCSA approves the proposal to axe the on-arrival PCR test, “foreign travellers would only need to take antigen tests upon arrival.”

Thailand has been easing its entry requirements in a bid to attract more international travellers and revive a depressed tourism industry after two years of pandemic. On April 1, the country scrapped its pre-arrival PCR tests required under its Test & Go, Sandbox and quarantine programmes. But travellers will still probably have to take the test anyway just to get on the the plane or to catch a connecting flight to an airport that requires it. The government also claims to have reduced the PCR test result times to within 4 hours, but that does not eliminate the requirement of booking an SHA Extra+ hotel when applying for Thailand Pass.

BBY
2 hours ago, Marc26 said: True, but the fact is they do..........whining about it over and over for a year isn't going to change it Decide to go or not................ I prefer to look at those people, certainly most of…
HiuMak
16 hours ago, Thaiger said: The CCSA has announced today that they will hold off on adjusting the current entry restrictions for foreign travellers to Thailand until after next week’s Songkran festival, as they continue monitoring the spread of Covid-19…
Wfh
Today is supposed to be my flight and the start of my 2 week trip there but I canceled it. Test n Go is too much hassle.
Marc26
1 hour ago, HiuMak said: Thai mentality. Enjoy Songkran first....talk others later And US, and Canada and England Pretty much every country made concessions when it came to holidays Weighing a surge Vs giving the people the…
Koen
Ease restrictions, like full vaccination certificate required, and perhaps a travel insurance required. OK. But this kind of "easing", persisting on tourists to undergo all that hassle from degree 5 to degree 4 to degree 3, sorry, no.