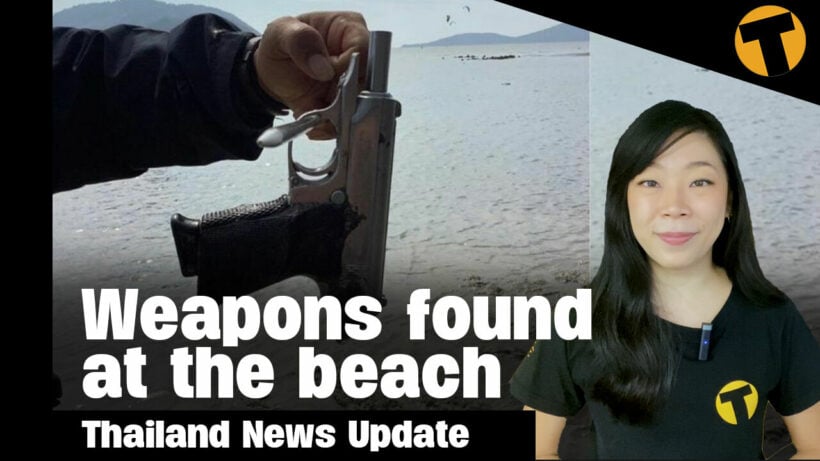 On the day we were hoping to report some easing of restrictions, instead we may be staring at postponements, or even some more precautions added as Thailand struggles to move on from two years of any meaningful tourism recovery.

At a meeting of the CCSA yesterday recent spikes in new infections, and the surges in Bangkok and Phuket, were discussed.A source at the meeting says that concerns were expressed about the rise in daily case numbers over the past week.So today’s meeting of the CCSA, chaired by the Thai PM, may see more curbs put on the upcoming Valentines Day festivities and possibly Songkran… 2 months away.Meanwhile, the Public Health Minister says that it may take about a month and a half before case numbers go down.

He said… “We have to try to co-exist with Covid”. Anutin also downplayed a suggestion yesterday from the Department of Health that anyone planning to have sex on Valentine’s Day get tested for Covid-19 using a rapid antigen test kit before getting, you know, too amorous. Anutin said… “Don’t worry. Most of them already have close relations”.

Police have found two guns at a beach in Phuket which they believed were the weapons used in last Friday’s murder of 32 year old Jimi “Slice” Sandhu, a notorious gangster who was deported from Canada. He entered Thailand by private jet on January 27 carrying a fake Canadian passport with the name “Mandeep Singh”.

Officers used metal detectors to search the seaside by the Rawai beachfront villa where Sandhu was killed and found a semi-automatic Walther PPK and a CZ gun in the shallows. According to reports in Thai media, the guns were registered to Thais who were “influential” and they will be questioned.

Police officers say they believe that the two main suspects in the case travelled out of Thailand last Monday.According to the Vancouver Sun, Sandhu was a high-profile gangster who continued to have influence in British Columbia even after he was deported.

Rayong Deputy Governor is blaming residual oil, left inside a plastic oil pipeline, for a second oil spill in just over two weeks into the seas off the Rayong coastline yesterday.About 5,000 litres of crude oil leaked into the sea yesterday morning, at the same mooring platform operated by Star Petroleum Refining, the company responsible for the January 25th spill, prompting another major operation to contain and clean up the crude. The spill is also about 20 kilometres offshore but threatens the Gulf coast beaches and the nearby tourist island of Koh Samet.

The collection of a tourism fee from inbound travellers is set to be delayed by at least two months from the scheduled start date of April 1. The Tourism and Sports ministry says that payment methods have not yet been finalised.

The Minister says that the policy has to be approved by cabinet and then the details of how the fees will be collected. In the past any incoming or outgoing taxes have usually been included in airfares.Recently airlines have asked for at least three months to prepare for the new 300 baht tourism tax.

The ministry also says they have to finalise collection methods for travellers entering Thailand through its land borders.Tourism operators and the hospitality industry have previously said the proposed 300 baht tax was not well timed as Thailand competes for the hearts and minds of international travellers at this time.

In response to the Burmese military’s appeal to assist them in countering “terrorism” threats in the post-coup nation, the international police organisation Interpol have turned down the request and said it will not intervene in any nation’s domestic political affairs.An Interpol spokesperson told Singapore’s CNA that the organisation does not comment on specific cases or operations of member countries unless in extraordinary circumstances, especially notices requested for political opponents, government critics, or in the context of a coup d’etat.

The statement came just two days after the Myanmar military’s foreign affairs minister asked the international community to assist the regime in dealing with such threats, referring to the actions of its opposition, the National Unity Government, which was formed to depose the junta coup leader Min Aung Hlaing who led last year’s coup.The Burmese military have killed 1006 civilians in brutal crackdowns since seizing power 12 months ago, according to The Assistance Association for Political Prisoners.

Organisers of Singapore’s Formula 1 Grand Prix are taking steps to reduce the event’s carbon footprint. One step is using sustainable fuels to replace fossil fuels as part of their sustainability goals in the upcoming night race at Marina Bay Sands this September.

The GP tour is also reportedly developing its own 100% “sustainable” fuel, including components derived from carbon capture, municipal garbage, and non-food biomass.A sustainability audit will also be carried out this year, which the Singapore Tourism Board and race organiser Singapore GP say will be used to plan other green initiatives over the next seven years.

Other plans to be more eco-friendly include plans for 2023 to replace the existing track lighting with more energy-efficient LED lights as well as switching some of the support vehicles to electric or hybrid models.Maybe if they didn’t start their engines, that might help!

Smithydog
2 minutes ago, ThailandBob said: Hmm. Wrong headline or wrong article? Thanks ThailandBob, Just amended it. One of those multi-story submissions from The Thaiger. Moderator