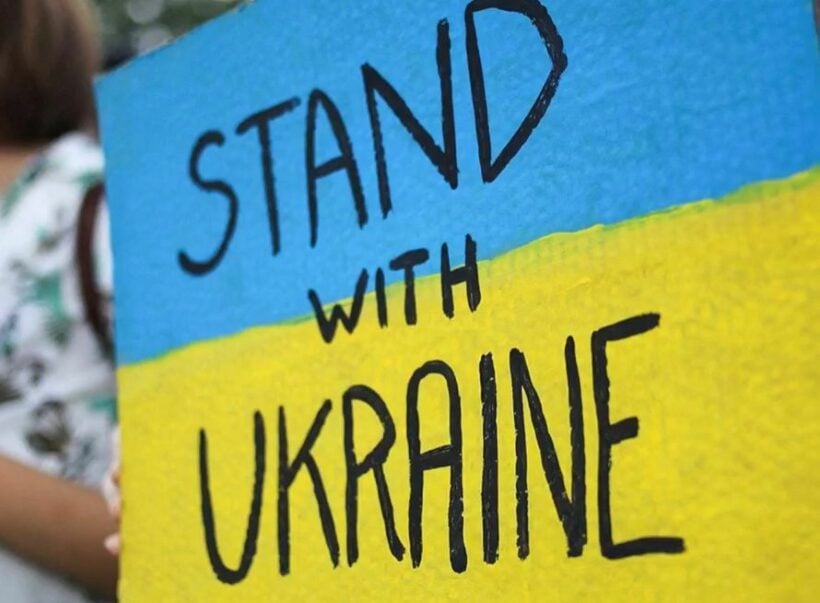 Thais of different ages appear to have a wide range of opinions on Russia’s invasion of Ukraine. Young Thais are more likely to support Ukraine against Russia’s invasion than older generations, according to some academics. A professor of international relations at Thammasat University, Kitti Prasirtsuk, told the Guardian that the way young Thais think of their own government has impacted their stance on Russia and the Ukraine.

“People tend to think of the Ukraine war in terms of their perception towards democracy or authoritarianism”.

Thailand’s government has confirmed a neutral stance following Russia’s invasion of the Ukraine, despite voting in favor of a UN resolution condemning the invasion. Last month, a government spokesperson stressed that PM Prayut has supported a policy of ‘dialogue’ to achieve peace. But among Thailand’s population, different sentiments appear between different ages.

One Thai student activist agreed, saying that Thai youth who have fought against a dictatorship in their own country understand why people overseas do the same, hinting at Russia as being a dictatorship. Meanwhile, the activist said support for Russian president Putin is common among older Thais. One former Thai foreign minister, Kasit Piromaya, told The Guardian the United States for a long time failed to take Russia’s safety concern seriously.

Among Thais supporting the Ukraine, some with military experience have even signed up to fight in Ukraine’s military. One air force conscript turned political activist, Chanaphong Phongpai, told the Bangkok Post he viewed Russia as tyrannical.

“Ukrainians are also fighting for democracy and is now invaded by a superpower and a tyrant, so I asked myself what I can do for them”.

danpeter
After the Thais realised they cant make much money off these cash strapped, stranded tourists they pretty much lost any care they had.

Bluesofa
On 4/7/2022 at 5:10 PM, TheDirtyDurian said: And how many of them can find Ukraine on a map! It's between Uganda and United Arab Emirates.

TheDirtyDurian
5 hours ago, Bluesofa said: It's between Uganda and United Arab Emirates. Indeed, but that would be in a dictionary...😆

Soidog
Ask most Thais to point to Thailand on a world map and they can’t do it. They simply have no idea where Russia is or Ukraine, even less what the political motivations are for the war. Most have never heard…

Bluesofa
9 hours ago, TheDirtyDurian said: Indeed, but that would be in a dictionary...😆 Yes, oddly enough for ease of access I keep my dictionary between Dictaphone Repair Manual and Dipsticks Of The World.

Highest ever number of gubernatorial candidates register in Bangkok