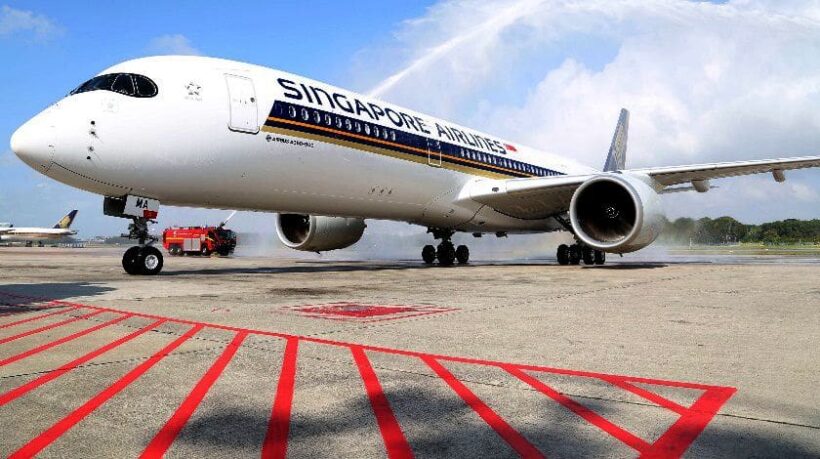 The world’s longest commercial flight takes off from Singapore tomorrow morning, with the national airline resuming its non-stop route to New York for the first time since 2013. Singapore Airlines previously flew Airbus A340s on the route, but the four-engine aircraft proved to be fuel guzzlers and made the non-stop flight economically unsustainable.

The flight will cover a 16,700 kilometres and take almost 19 hours (imagine 19 hours in a Lion Air economy seat!).

The airline will operate the flight three times a week but are looking to increase frequency to a daily service later this year.

Flight SQ 22 is due to depart at 2.35am Friday from Changi Airport in Singapore and will arrive in at Newark Liberty International Airport at 6am on the same day, Friday, New York time.

Singapore Airlines is flying the new Airbus A350-900ULR (ultra long range) on the route. The plane will feature no economy class, with just 67 business class and 94 premium economy class seats.

While the airline’s business class on board the ULR Airbus remains the same as its shorter-range A350s, Singapore has tweaked its premium economy seats for the long seating time. While the size of the seat is the same – 38 inches (96cm) of pitch and 19 inches (48cm) wide – a new calf rest has been added to increase comfort.

While airlines are typically able to charge more for non-stop flights, Singapore Airlines is offering initial fares from as low as $S1438 (34,159 Baht) return for premium economy from Singapore to Newark.

Airbus is building just seven of the ULR version of the A350-900, all for Singapore Airlines to fly on US routes. The airline intends to also fly non-stop to Los Angeles using the aircraft.