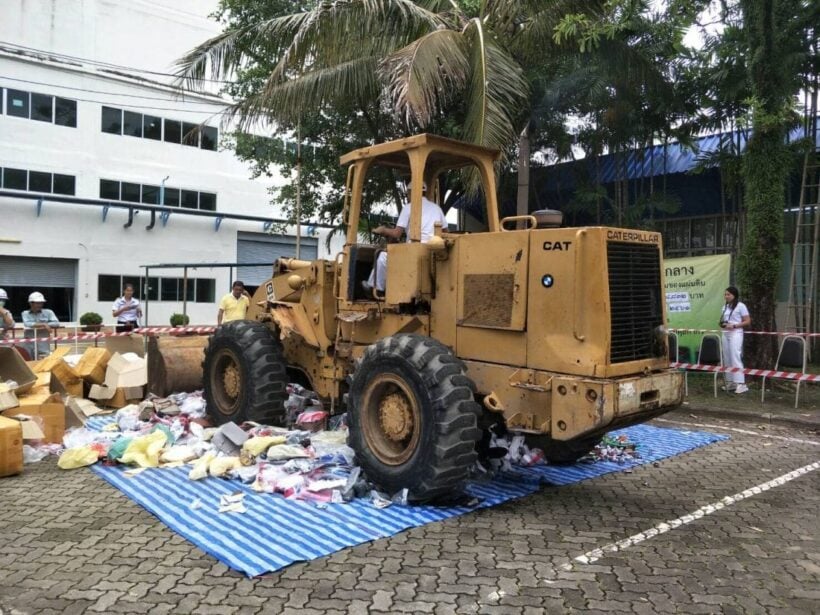 Fake goods, real machine to destroy it all.

About 3,000 counterfeit items, valued at more than one million baht, including prohibited imported goods, have been torched at the incinerator in Phuket Town today.

Khun Kanjana says, “This is the final step in cases involving counterfeit and imported prohibited products that have been seized in Phuket in recent months. After the cases are closed and sentences are handed down, items have to be publicly destroyed. And that’s what we did today.”

Man shoots himself in Rassada, Phuket