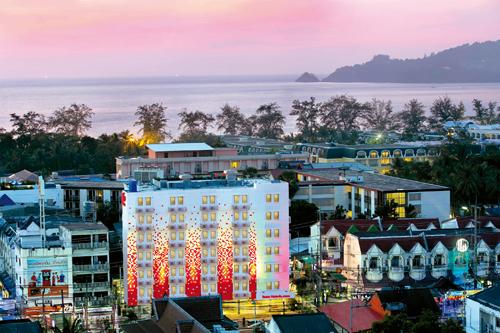 PHUKET: The changing regional and domestic tourism landscape is creating a lot of business opportunities. More budget hotels are opening, with investors out to cash in on the rising number of middle-class and solo travellers, thanks to the tourism boom and economic prosperity.

Most operators agree that this hotel segment has good prospects. Thailand is a key tourism destination in the region, with Bangkok as a hub. The growing number of low-cost carriers are also spurring the arrival of a large number of foreign tourists.

Travelers’ behavior is changing too. Tourists are getting smarter. Many are looking for good value-for-money accommodation. They have no need for facilities beyond daily life or to create an “extreme trip” during their stay.

Investors have caught on to this trend also. The cost of building budget hotels is lower than for five-star hotels, which also means a faster return. In general, a premium hotel takes from seven to 10 years to break even on investment. More importantly, only a few players share that bigger cake in the market.

Patrick Basset, Accor Group’s senior president for Thailand, Vietnam, Cambodia, Laos, and the Philippines, said there are currently only 30 properties branded as economy or budget hotels across the nation, providing standardized service. So the outlook for the sector is bright and will have more new openings. Accor also wants to focus on this segment.

On average, its hotels charge 1,300 baht for rooms in these hotels per night. Accor launched the new Ibis family last year – Ibis, Ibis Styles, and Ibis Budget as a “premium economy” product line to offer more variety in design and comfort for guests to choose from. But the Ibis Budget brand has yet be launched in Thailand.

Accor has run economy hotels in Asia since 1990 and now has 121 Ibis hotels in 11 nations in the Asia Pacific and 119 hotels in the pipeline. Worldwide, there are 1,634 Ibis hotels.

Central Plaza Hotel, operator of Centara hotels and resorts, has jumped into this market under its COSI brand. It is the first Thai economy brand to compete with international chains. The first COSI will open in early 2015. And by 2020, it hopes to operate 30 properties under this brand in major cities around the country and across the region.

Tune Hotels, established by Tony Fernandes, founder of Malaysia-based AirAsia low-cost carrier, is also looking for locations across the country for new openings, along with a rising role of his low-cost carrier. Under its concept, it does not provide extra facilities such as spa, swimming pool, or fitness.

Aticha Pasaprates, country head in Indochina for Tune Hotels, said new openings would be in prime areas in tourism destinations such as Bangkok. They would aim to get close to mass transport, entertainment, shopping areas, and beaches.

Tune in Bangkok is close to the Skytrain, while another in Patong is near entertainment and shopping.

There are four Tune Hotels in Thailand: Pattaya, Bangkok, Patong, and Haad Yai. A fifth is due to open in Silom next year.