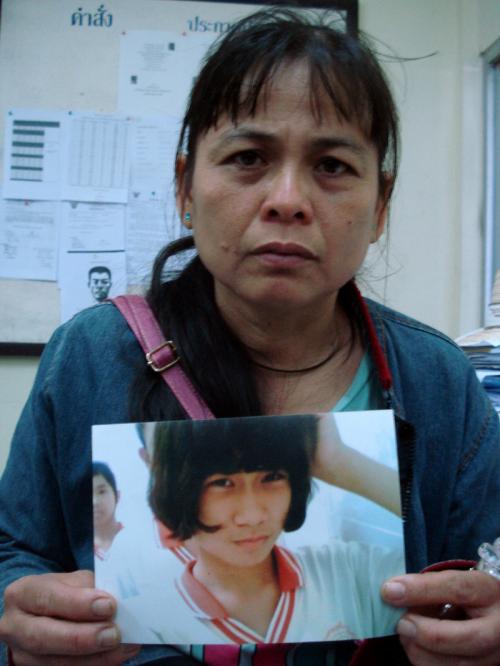 PHUKET: A girl who seemed to have vanished into thin air after a Facebook session in Phuket Town in December 2011 remains missing, confirmed Chalong Police.

The girl, Samudchaya “Nong Pin” Yanpunya, was 12 years old at the time of her disappearance (story here).

“I transferred the case to the Crime Suppression Division in Bangkok before I was transferred to the Chalong Police Station,” case investigator Capt Thada Sodarak, told the Phuket Gazette.

“We searched for her and questioned her friends, but were unable to uncover any information that allowed us to close the case,” Capt Thada said.

Since Nong Pin’s disappearance on December 5, 2011, her mother has heard nothing.

“I searched everywhere for my daughter, but I couldn’t find her. I asked her classmates, but they have also not heard anything,” her mother, Samruay Saenthaweesuk, said. “I am still searching for her, though there is little hope left of finding her.”

“Despite this, I really do hope to see her again. If I cannot see her, I just want to know that she is doing okay,” Mrs Samruay said.

Mrs Samruay has been in touch with The Mirror Foundation, Pavena Foundation for Children and Women and Crime Suppression Division Police, but no progress has been made in the case, she said.