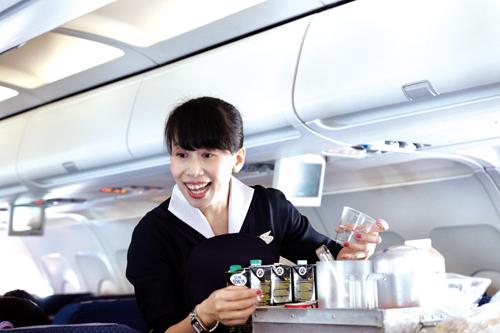 PHUKET: Dying in an airplane crash is not exactly my idea of heading off into the hereafter with a veritable big bang. Much less trying to escape from a burning plane about to explode in a widescreen Bruce Willis Die Hard epic.

But perhaps let me wind this back a little to pre-Grantville.

Last Thursday, a last minute business meeting came up in Jakarta and glancing at the clock which had just hit 2:38pm, I knew my fate was sealed. My secretary confirmed this over the next hour of frantic calls and even more frenzied online searching for flight options.

Less than twenty-four hours to go and, needless to say, dealing with airlines might even be worse than trying to get a taxi from Phuket International Airport to anywhere on the island for less than a mighty sum of cash. Actually nothing is worse than Phuket unmetered taxis, but let’s just say the airlines are master managers of taking the last hundred baht off of you in your own hour of need.

A number of options were at hand but the conclusion came out the same – AirAsia is just so damned cheap that is was hard to resist. Being an all too frequent traveller I understand the Phuket to Jakarta flights are on the airlines’ Indonesia affiliate. There would no doubt be a delay, a completely trashed plane, but again it was half the price of the other options. My fate was sealed.

To answer those who believe me to be a cynic or unrepentant narcissist, yes, my worst fears were realized. The plane was late, and the seat pocket in front of me contained what appeared to be a half-eaten piece of chicken. At least I think it was chicken.

Up into the air our feisty bunch bounced, as the aroma of Burger King filled my inner space, to the crunchy sounds of french fries eaten by the group of three in the seat behind me. Never mind, there are worse things in life than wiffy fast food smells.

With the plane leveling off, and most of the beverage selections being sold out, though I did score a lukewarm Pulpy Orange, I was told the ice had run out. Later the crew roamed the aisles like that guy on Discovery Channel’s Dirty Job and snatched trash out of passenger’s hands. They managed to miss what I still think must have been the lone piece of chicken.

Down came the lights, and the flight attendants massed at the rear of the plane for a sleepover, while I journeyed to the front restroom. Passing by the emergency exit, I had to step over filled up garbage bags. “Isn’t blocking emergency exits with large items against any international safety standard?” – I thought to myself. Later, making a second trip to wash my hands before landing, yes, the bags were still there, taking up the space for over half of our two-hour plus flight.

I had to reflect, was I jeopardizing my own safety just to save money? Was I taking the cheap way out? It certainly seemed that way the next day when I tried to find a way to send my photo of the onerous bags to AirAsia management in order to alert them about my concerns over air safety. Of course, as anyone who has ever tried to contact a low-cost airline knows, it is next to impossible. It’s a dead-end and some hour and a half later, I realized my good-intentioned-but-doomed mission had failed.

Certainly there is the argument that low-cost anything comes at a price of poor service. Did you ever try to send a burger back at McDonald’s or talk to the manager at a 7-11? We have come to accept that low-cost or cheap products have an inherent downside that if things go wrong, you simply walk away as ‘it was just so cheap.’

I checked around the Internet about how to actually complain to AirAsia, but I clearly am not alone in my angst. These days the only real leverage any traveler has is threatening to write a bad TripAdvisor report, but this has no weight with the airlines, as the online review site is strongly focused on hotels and restaurants.

What is clear in the age of low-cost travel is that customers are never right and no one really gives a damn.

You could argue that AirAsia is not exactly a shining example of greatness and I’d be the first to agree. Still, I’ve watched Tony Fernendes on The Apprentice Asia and have to wonder where does the “brandspeak” end and the promise to customers kick in? Maybe in the next life, which could come all too soon if I try to make an emergency exit over those garbage bags.

Yet, searching high and low, I can find a hundred ways to “Like” them or send them high-five photos of great trips. But when I have a problem waiting to be addressed, the passage becomes a maze of unsolvable conclusions.

So you might ask, will I stop flying AirAsia? The answer is no. It is just so cheap that I can’t resist the bargain. Would I take another option at a similar price? Yes. Low-cost flying is a great development of the past few years, but make no mistake, it does come at a cost to passengers. Hey, Tony, are you listening?