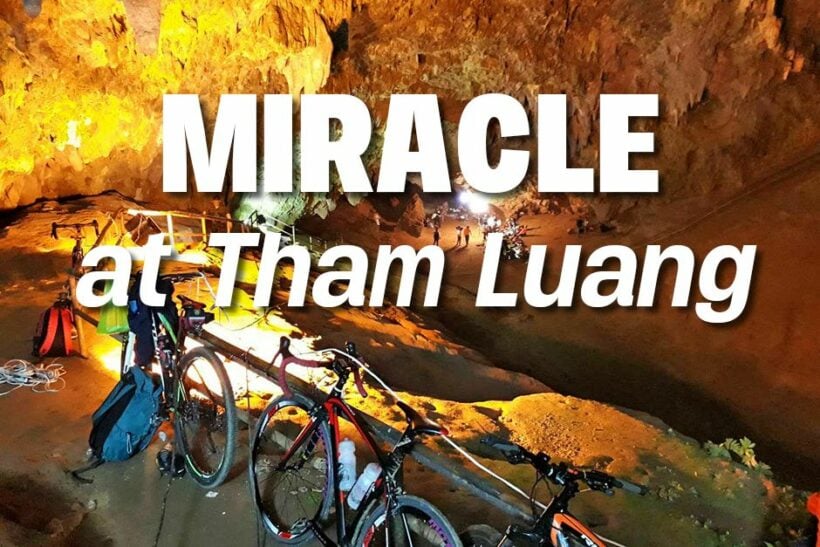 Looks like we’re going to see many screen adaptions of the ‘Miracle at Tham Luang’ (and whatever other titles they come up with).

22 movie, documentary and book project and ideas, about the Tham Luang cave rescue and life of the 13 young men, have been proposed by both local and foreign studios to the Creative Media Committee. This was confirmed by the Culture Minister Veera Rojpojanarat today.

In addition, there are 27 TV show programs for the boys and their coach from Thai and foreign TV stations still being considered by the committee.

Thai PBS is reporting that producers are invited to apply for the rights to shoot movies, documentaries or animation films of the dramatic rescue mission, the life of the rescuers and the boys trapped in the cave complex for two weeks during the period between November 15-30.

Minister Veera says foreign producers will have to seek approval from the Ministry of Sports and Tourism whereas the Thai producers must contact the Culture Ministry for approval.

Of the 22 proposed projects, ten are movie projects with five each proposed by Thai and foreign producers and ten documentary projects with the remaining two being book projects.

The minister said the committee agreed that there was no need for the rights to be given to just one producer or studio and all of them would be treated equally.

Studios can start their production based on the information which is already available publicly, but for in-depth information about the private life of the boys, consent from the boys and their parents is needed and also with the approval of the committee which will consider the benefits to be offered to the boys, said Mr Veera.

He stressed that any commercial deals involving the team must be approved by the committee and must have the consent of the boys and their parents.

Mu Pa – The Movie. The frenzy for rights.

Invacio going global: AI company based in Phuket taking their message to the UN