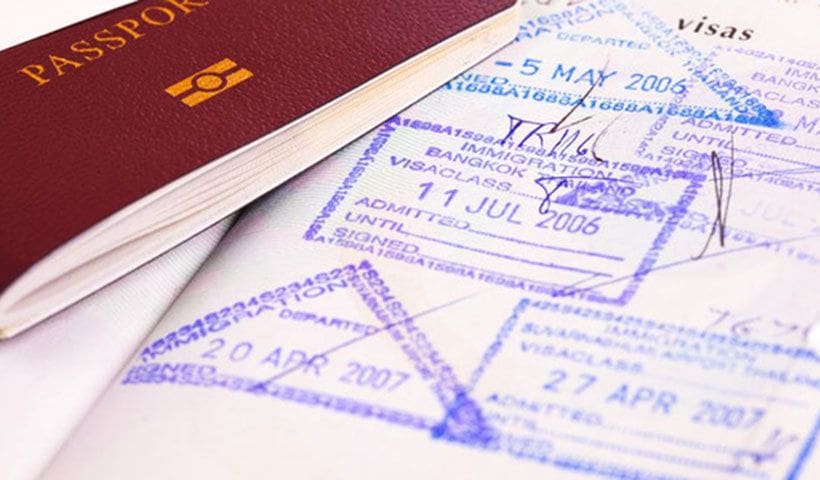 We get occasional emails from expats relating their various problems with Immigration as they apply for new visas or renewals. The common thread is that applying for, and renewing visas, is becoming unnecessarily complicated.

This one seems complex. Names have been withheld for privacy.

“I am a British citizen and my baby’s visas were renewed without an issue, but the Thai immigration has caused problems for my wife and wants me to prove that I am married to my Chinese wife so that I can renew her dependent visa for a third year.

The man’s wife and baby are on Dependent visas tied to his ‘Retirement’ visa.

Our marriage certificate is in Chinese so in order to get Immigration to acknowledge our marriage, she now has to go back to China to have our marriage certificate notarised and translated, first in her local home area, then sent to China’s foreign affairs office in Beijing for their stamp, THEN to the Thai embassy in Shanghai for their stamp, THEN to Bangkok for the Chinese embassy’s stamp.

This takes many weeks/months and it’s simply a joke and is ‘mission impossible’ to do.

My wife flew out to China today and I am at home here in Phuket with our 1 year old baby who was born here at the Siriroj Hospital.

The new guy in charge at the local Immigration office has apparently decided that the certified translation from an authorised translator here in Phuket, which was ok in previous years is now NOT recognised or accepted.

“I just wondered if anyone else is aware of these changes?”

“It’s crazy to penalise the good, law abiding people and break up a family. I thought once I was on a retirement visa and met all the requirements that all would be ok?! But no.”

“We have been to the Chinese consulate here in Phuket, they cannot help. My wife’s visa runs out in 2 days so she has had to leave….. !?!?

And get this… from last year onwards all Thai embassies in China (Shanghai Beijing Guangzhou, etc) are all saying they need at least one month to process any non-immigrant visas (dependent, business or education visas). Why is it all becoming so complicated?

Not to mention that the months and huge expense wasted every year to do this is staggeringly stupid. We have been hear for years, retired for the last two years and now this paperwork road-block!?!”

PS. I worked and lived in China for over 6 years, and later retired here in Thailand, I have been married for 7 years and my wife and I have been together over 11 years now.