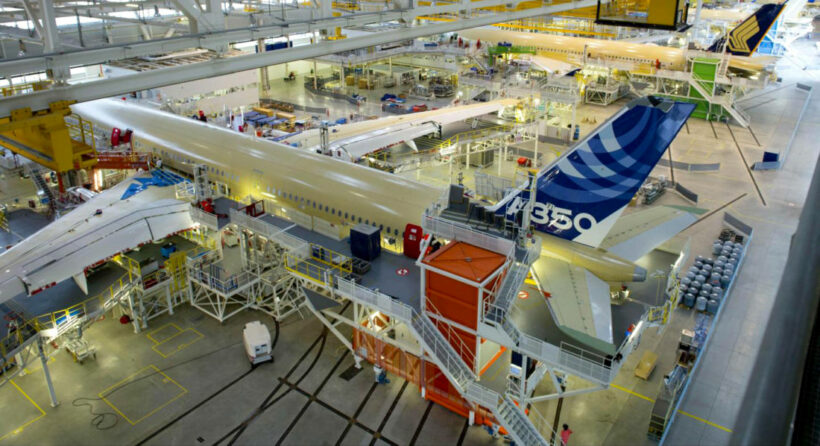 The US is making more trade waves, in addition to its long-running trade war with China. Now it’s taking on the largest trade bloc in the world – the European Union.

Aircraft and agricultural items from Europe will now be subject to US tariffs in the latest round of a long legal fight. The move sets the stage for tit-for-tat trade escalation between the US and European Union. The US will impose tariffs on US$7.5 billion worth of European imports in retaliation for illegal EU subsidies to airplane maker Airbus.

The announcement came hours after the World Trade Organisation ruled on a 15 year old case that the US could impose US$7.5 billion in retaliatory tariffs in response to illegal EU subsidies to Airbus that hurt its American rival Boeing.

Washington plans to impose a 10% tariff on aircraft imported from Europe and apply a 25% import tax on other agricultural and industrial items on October 18, the Office of the US Trade Representative said in a statement.

The aim of imposing tariffs is to persuade the EU to reach a negotiated settlement, the trade office said.

US Trade Representative Robert Lighthizer says that, for years, Europe has been providing massive subsidies to Airbus that have seriously injured the US aerospace industry and our workers.

“We expect to enter into negotiations with the EU aimed at resolving this issue in a way that will benefit American workers.”

The list of goods primarily targets imports from France, Germany, Spain and the UK, which are the four countries providing Airbus with subsidies. They include everything from sausages and cheese to cookies and camera parts.

The WTO had approved up to 100% tariffs, but the US decided to limit the tax.

The US$7.5 billion represents a small chunk of EU’s $688 billion in exports to the US, but US airlines have warned the tax on aircraft would increase costs and advised that it should not be applied to existing orders.

Although the US tariffs are allowed under international trade law, the move may set off a tit-for-tat escalation with the 28-member bloc at a time of trans-Atlantic trade tensions, uncertainty over Brexit and a trade war between Washington and Beijing that has rattled global markets.

“If the US decides to impose WTO authorised countermeasures, it will be pushing the EU into a situation where we will have no other option than do the same,” EU Commissioner for Trade Cecilia Malmstrom said in a statement.

Under WTO law the EU is not allowed to impose retaliatory countermeasures in response to the ruling, but another case may allow it to impose its own tariffs.