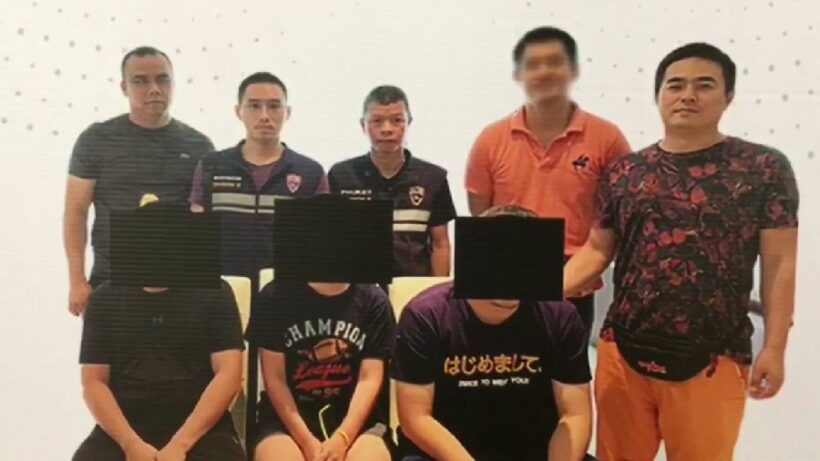 Three Chinese men wanted in their home country for an internet banking scam have been caught and arrested in Phuket. While attempting to lay low, the men were instead tracked down and busted by Thai immigration police.

Ma Jin and Li Yingquan, both 42, were arrested with Chen Zhenhua, 30, after police in Tianjin, China, issued warrants for all three. They are accused of being involved in an internet banking scam that netted them over 700 million baht.

“The Immigration Bureau has been working with the International Crime Prevention Unit and Phuket Immigration Office to track the activities of these three suspects. They fled from China to Phuket to lay low at an apartment in Kamala, sub-district of Kathu district.”

It’s understood all three men will have their visas revoked and be deported to China to face charges.

General Sompong says that Ma, who was previously employed in the finance sector in China, had been using a specialised USB stick to transfer money from the company’s online bank account into his own account since 2017.

“He swindled over 700 million baht by making 188 transfers from the company’s account, while the other two suspects are accomplices who fled to Phuket together.”