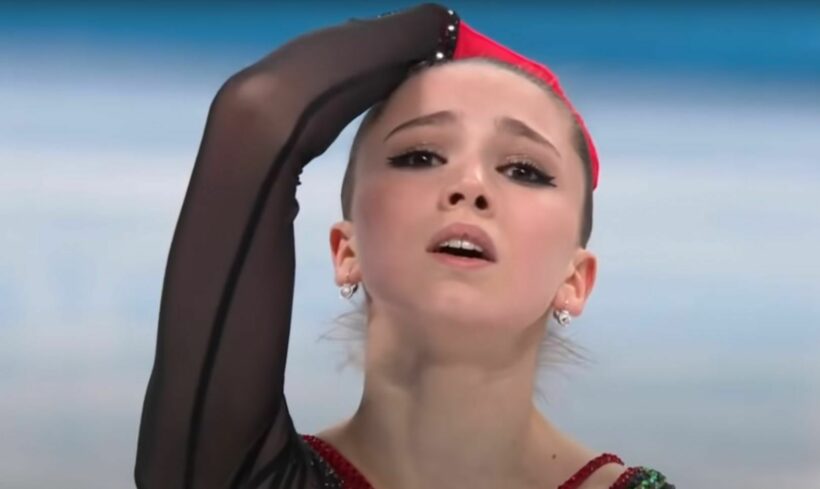 Russia’s figure skating star Kamila Valieva has been allowed to continue competing in the Winter Olympics after successfully appealing an interim ban, which came in light of a late failed doping test she took more than a month before the games began in Beijing.

The Court of Arbitration for Sport made the ruling on Monday morning, allowing the 15 year old to keep her gold medal in the team event last week, in which she was the first woman to land a quadruple jump — i.e. four full mid-air rotations — during Olympic competition.

Importantly, the decision will allow the teen phenom and her ROC compatriots to compete in tomorrow’s much anticipated women’s individual event, in which she is the heavy favorite to win gold, followed by two of her fellow teammates.

A Swedish laboratory last Tuesday flagged a blood sample from Valieva, which tested positive for the banned heart medication trimetazidine. The sample was taken in St. Petersburg 6 weeks before the Beijing Winter Olympics began on February 4.

It is unclear why the sample tested positive for the banned substance after four days of Olympic competition or what caused the delay.

Valieva led her team to Olympic gold last Wednesday, the day after the Swedish lab raised a red flag. But news of her failed blood test came to light on Thursday, in a fortuitous delay.

The Russian Anti-Doping Agency swiftly imposed an interim ban on the skater, which it then lifted on appeal to allow her to compete in her best event on Tuesday.

What is trimetazidine, anyway?

Ruben Alaverdo, a sport physiologist and former Hungarian Olympic team trainer, explained that trimetazidine boosts an athlete’s performance by inhibiting the oxidation of triglycerides, or “long-chain” fatty acids, so the body instead runs on “short-chain” glucose, requiring less oxygen to produce energy.

“It increases performance in the short distance, like a sprinter. Technically, you start to work on your glucose, which requires less oxygen. To oxidize triglycerides, it takes more [oxygen].”

Valieva took the failed blood test on December 25, before going on to win the 2022 European Figure Skating Championships last month in Estonia. She has yet to miss a practice session on the ice in Beijing since her Olympic ordeal began late last week.

During the hearing, Valieva testified before three judges, telling her side of the story. Russia’s figure skating sweetheart seems to have won the judges’ hearts on Valentine’s Day as the court ruled in her favour, allowing her to continue competing in her first Olympics and pursue gold in tomorrow’s highly anticipated individual competition.

It’s a fortunate break for the young Olympian, who still has the best of her career ahead of her; the decision is certainly better than a bunch of rose, which she’s sure to receive plenty of if she medals on Tuesday.

“We are absolutely sure that Kamila is innocent and clean,” ROC coach Eteri Tutberidze told Russian media before the hearing.

To be or not to be

Had the ruling not gone in her favour, her presence would have been missed at the women’s individual event tomorrow and history would have forever asked: “What if?”

But perhaps Valieva’s case provides a pleasant distraction, as the world waits anxiously to see whether Russia will invade Ukraine — and gives her fans back home something pleasant to hope for.

The women’s single skating short program is scheduled to begin at 6 p.m. Beijing time on Tuesday, February 15, at the Capital Indoor Stadium, followed by the women’s single free skating competition at 6 p.m on Thursday, capping off the individual figure skating events at this year’s Winter Olympics in Beijing.

TravellingThaiGerrr
2 hours ago, Tim_Melb said: Actually this story is wrong she was cleared of nothing. The ruling was that she be allowed to continue because she is under age, 15, and that she may suffer psychological damage if she is…
TravellingThaiGerrr
8 hours ago, 1l1 said: If you read CAS press release you may find out she has negative anti-doping test taken for Olympic games. So her recent victory is clear. That prohibited medication probably had effects (if any) only during local championship…

Guest1
13 hours ago, MadderMax said: The sponsors of the 2022 Olympics should be made aware that we, the general public, will be boycotting their goods and services if this ROC ice skater is awarded her medal and allowed to continue…
samiam123
They have yet to decide if she can keep her medal but they will most likely take that away. That creates a real mess if she wins another one. I think she is a heavy favourite so she probably will. …
Alavan
22 hours ago, 1l1 said: If you read CAS press release you may find out she has negative anti-doping test taken for Olympic games. So her recent victory is clear. That prohibited medication probably had effects (if any) only during local championship…

Asia News Today | Daily news from around Asia in 10 minutes