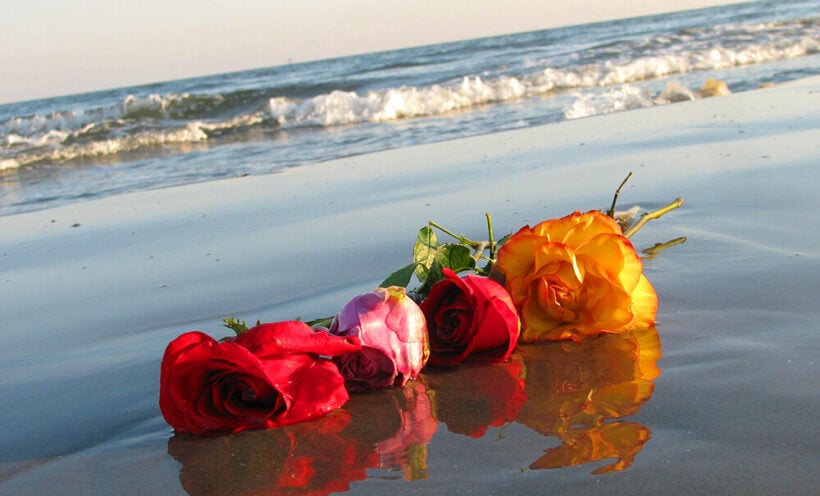 Origins of Valentine’s Day, with a Thai twist, by Barry Daniel

Saint Valentine’s Day is traditionally a time for romance, flowers, candle-lit dinners and the whispering of sweet nothings into the shell-like ear of the object of your affections. But in Phuket there can be other distractions!

History is unclear on whether any of The Beatles had journeyed to Thailand before they wrote their 1964 smash hit with its charmingly quaint lyrics… “Money Can’t Buy Me Love.”

Clearly the lyricist Paul McCartney had never had the pleasure of a wander down Soi Bangla around midnight on almost any evening. Had he done so, he would have witnessed filthy lucre buying love… or something that looked very similar, at all sorts of local entertainment venues along that febrile strip.

In fairness, John Lennon did come to his senses a few years later when he was quoted as saying, “Anyone who says that money can’t buy me love… isn’t shopping in the right places.”

Possibly there’s some confusion between “love” and its close semantic and linguistic bedfellow, “lust” going on here in Phuket. But after a few of the local Chang beers… it’s a case of; “Will you stop nit-picking? Can’t you see she’s irresistibly attracted to me, that’s what it’s all about?”

Traditionally Valentine’s Day honors a series of ‘Valentines’ who were in fact Christian martyrs. One martyr named Valentine in particular was secretly performing marriages around 270 AD at a time when the Roman Emperor Claudius II had enforced a law in which all young men were to remain single so that he could improve the quality and size of his army. This romantic fellow Valentine continued to secretly perform marriage ceremonies, but was eventually apprehended, imprisoned by Claudius and sentenced to death. So, what a romantic sort of guy Claudius was!

Forget about L’Amour, chocolates and flowers… let’s get on with the slaughter.

Once Valentine was put in jail, myth has it that he fell in love with the daughter of his jailer and before he was executed allegedly sent her a letter signed “from your Valentine.”

Probably the most plausible story surrounding St. Valentine is one not focused on Eros (passionate love) but on Agape (Christian love) – Valentine was most likely martyred for refusing to renounce his religion, rather than his hot babe!

There’s little doubt that ‘The Pearl of the Andaman” holds abundant opportunities for St Valentine’s romance, whether on a short term, pecuniary basis, or featuring the more traditional and long-term manifestation of the phenomenon.

While acolytes of the former may flock to Soi Bangla and its abundant fleshpots, the traditionalists can avail themselves of wondrous beachside dinners, bathed in Prosecco and moon glow, in which to plight their devotions… if they can afford the price tab that is.

Local resort and up-market eateries are quick to jump aboard any marketing bandwagon whenever one comes trundling along and there are few better occasions for a male to lose his normal financial sanity than in pursuit of L’Amour.

St Valentine’s is big business in Phuket… no matter how long the commitment is going to last.

Many a male has been so caught up in the romance of Phuket’s tropical island splendor, as to throw all caution to the monsoon winds and actually pop the question at said beachside dinner on February 14th. So beware… Phuket is one place where romance is certainly in the air, as well as the beer and the Prosecco.

In all this moon-gazing perhaps Dorothy Parker’s wise observation is a pertinent last thought. Acerbic as ever, she remarked that the difference between love for romance and love for money is that love for romance costs you a hell of a lot more!