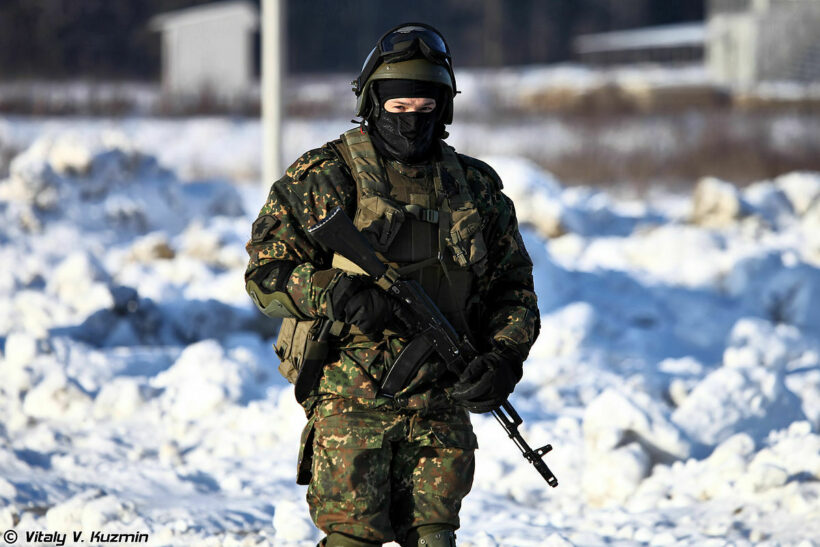 Russia has entered war games with ally Belarus, after amassing more than 100 thousand troops on its border with Ukraine in recent days, while NATO leaders are scrambling for diplomatic talks in hopes of avoiding potential conflict in Europe.

Russia has sent an estimated 30 thousand troops, including missile launchers, armoured vehicles and fighter jets, for 10 days of joint military exercises with their Eastern European neighbour.

Ukrainian-Russian talks with German and French diplomats in Brussels on Thursday failed to find a diplomatic solution to end the ongoing separatist conflict in the Donbas region along Ukraine’s eastern boarder. Despite the lack of an agreement, Ukrainian envoy Andriy Yermak said both sides were willing to continue the conversation.

“I hope that we will meet again very soon and continue these negotiations. Everyone is determined to achieve a result.”

“I’m honestly disappointed that what we have is a conversation between a mute and a deaf person… Our most detailed explanations fell on unprepared soil.”

Truss rebuffed Lavrov’s claims that NATO was a security threat in the region and asserted Russia was threatening Ukraine with its military buildup at the border.

“I can’t see any other reason for having 100,000 troops stationed on the border, apart from to threaten Ukraine. And if Russia is serious about diplomacy, they need to remove those troops and desist from the threats.”

Meanwhile, Germany Chancellor Olaf Scholz was in Belgium and UK PM Boris Johnson visited the NATO headquarters in Brussels to meet with Alliance countries to discuss the deployment of troops and engage in critical diplomatic talks to avoid war in Europe.

In a meeting with Baltic states on Thursday, Scholz warned Russia of severe consequences if it were to invade Ukraine. Although not a NATO member, the post-Soviet state enjoys warm relations with Alliance countries.

“Further military aggression against Ukraine would have very serious political, economic and strategic consequences for Russia. We expect concrete steps from Russia in order to reduce tensions in the region. De-escalation is what is needed right now. At the same time, we are prepared to enter into dialogue with Russia on questions of European security.”

Baltic leaders in Latvia, Estonia and Lithuania requested more NATO troops along the alliance’s eastern front, which spans the line of linked eastern borders from the northern tip of Estonia to the bottom of Bulgaria (i.e. from the Baltics to the Black Sea).

The US, UK, Germany and Canada lead NATO’s four battalion sized battlegroups based in the Baltics and Poland, which include troops from other member countries.

“This is probably the most dangerous moment, I would say, in the course of the next few days, in what is the biggest security crisis that Europe has faced for decades.”

Russia has officially denied accusations by Western countries that its buildup of troops along the Ukraine border is in preparation to attack the post-Soviet state.

In his first meetings with the Russian leader since 2019, Macron faced a much different Putin, who reportedly steered the conversation from current events to a historical perspective.

Putin repeatedly cited a series of grievances dating back to the end of the Cold War, including the expansion of NATO to include former Soviet-Bloc countries in 1997, the Maidan Revolution in 2014 and the 2019 presidential election, which saw Volodymyr Zelenskiy become Ukraine’s president, who Putin accused of being a US political puppet, according to Reuters.

“You know, we have tried to talk to them about avoiding certain actions for 30 years now. What we get in response is total disregard for our concerns.”

“The armed forcers are ready to perform their duties. Not a single metre of land we will give up without a fight. Of course we are ready and it won’t be a walk in the park.”

Conflict in the Donbas region has been raging daily between Ukraine forces and Russian-backed separatists, since the 2014 annexation of the Crimean Peninsula 8 years ago, damaging buildings and destroying families.

In an interview with NBC News on Thursday, US President Joe Biden urged American citizens to leave Ukraine immediately.

Biden said there’s not a scenario that would see him send troops to rescue US citizens fleeing Ukraine.

“That’s a world war when Americans and Russia start shooting at one another.”