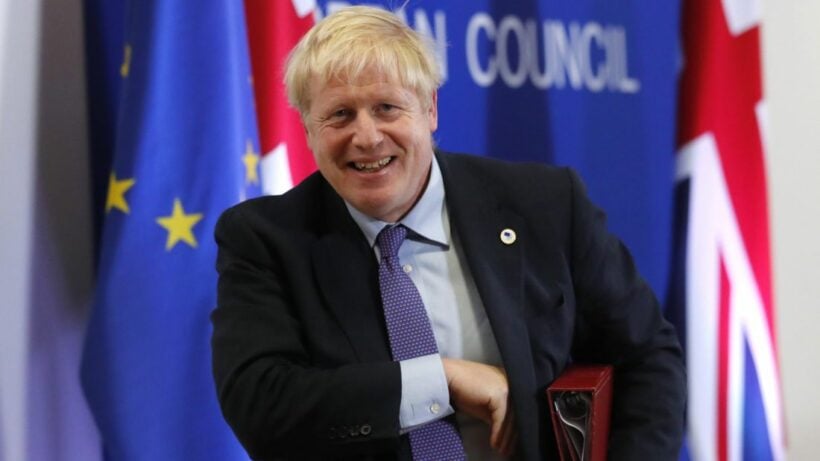 British PM Boris Johnson is warning British MPs there was “no better outcome” to the tortuous Brexit process than his divorce deal, as he scrambles to get MPs behind the agreement ahead of today’s knife-edge vote in parliament (Saturday UK time).

Johnson is urging lawmakers to back the “fantastic” terms he struck with EU leaders and let Britain leave the bloc on October 31.

“There’s no better outcome than the one I’m advocating tomorrow.”

“I want colleagues on all sides of the House to think about a world tomorrow night in which we’ve got this thing done,” he added in a separate interview with ITV.

“I think the nation will heave a great sigh of relief.”

Johnson pulled off a major coup in agreeing a new divorce deal at a Brussels summit on Thursday, only a fortnight before Britain is scheduled to leave the EU. But the deal’s fortunes, and Britain’s immediate fate, rest in the hands of a few undecided MPs, who will vote in the first Saturday session of the Commons since the 1982 Falklands War.

Political pundits suggest the vote could be exceptionally tight. Johnson has no majority among MPs, every opposition party has come out against the deal and even his parliamentary ally, Northern Ireland’s Democratic Unionist Party (DUP), says it cannot support the terms.

Johnson requires the support of 319 other MPs to guarantee victory – and claims he is confident of getting the numbers, as he spent the day meeting and calling MPs.

He must convince diehard eurosceptics in his own Conservative ranks, former colleagues he expelled from the party for seeking to block a “no deal” departure, and main opposition Labour MPs from Brexit-backing constituencies to have any chance.

Labour is ordering its MPs to vote against the deal but threatening no punishment if they vote in favour. Several MPs spent yesterday wrestling with their consciences as the more than three years of turmoil since the June 2016 EU membership referendum came to a head.

Johnson is expected to deliver a speech to parliament from 0830 GMT on Saturday, kicking off a day of debate that could last well into the evening.

The turning of the screws

If the Commons rejects the deal, Johnson will be forced by law to ask the EU to delay Brexit, for what would be the third time. He has said he would rather be “dead in a ditch”.

French President Emmanuel Macron piled the pressure on MPs, saying he did not want a new delay now a deal was struck.

“The October 31 date should be respected. I don’t think that new deadlines should be given,” he said at the EU summit in Brussels.

“We need to end these negotiations and get on negotiating the future relationship.”

Johnson took office in July vowing to keep to the October 31 Brexit deadline, deal or no deal.

He pledged to renegotiate the most contentious elements of a divorce text agreed by his predecessor Theresa May with Brussels last year, which MPs rejected three times.

The compromise deal that was finally struck on Thursday has a new arrangement for keeping open the border between British Northern Ireland and EU member Ireland.

The DUP has said it cannot support the plans, as efforts to avoid checks on the Irish land border would lead to new trade barriers between Northern Ireland and mainland Britain.

Former Conservative prime minister John Major (1990-1997) and his Labour successor Tony Blair (1997-2007) pleaded with MPs to back a second referendum, ahead of a major rally by the “People’s Vote” campaign outside parliament on Saturday (UK time).

“Whatever is the outcome, no deal or bad deal, it should not pass without the final say resting with the people,” said Blair.

Major said Brexit was a “thoroughly bad idea” that risked breaking up the UK.

The Pound steadied around $1.29 yesterday as dealers took a breather at the end of a dizzying week.

ETX Capital analyst Michael Baker said the market was “really gambling” on the vote and had “not priced in fully all scenarios – so expect big moves”.

The stakes are high, the deliberations continue – Parliamentary Brexit vote