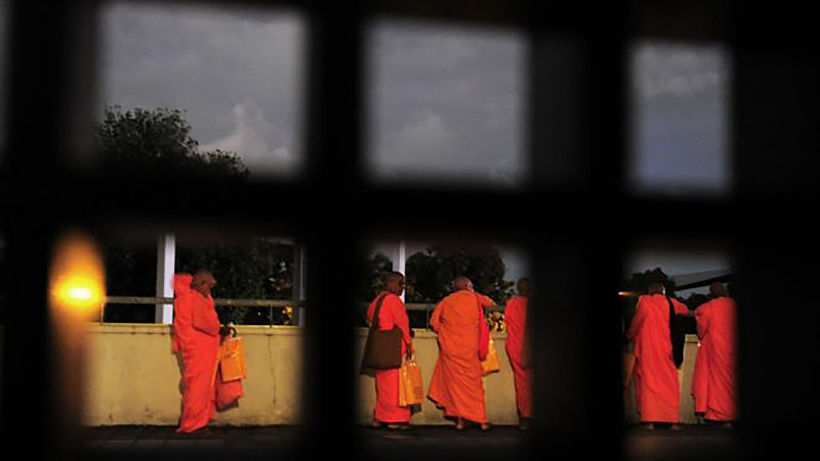 A 51 year old Buddhist monk is accused of detaining a 13 year old novice monk and sexually abusing him, allegedly forcing him to give oral sex. The novice monk’s father accompanied the teenager to file a complaint at the Nong Khao police station in Kanchanaburi, western Thailand, this week.

The novice, identifying himself only as Nat, claims the abbot had often called him and ordered him to provide massage and oral sex. At one stage he was detained in the monks residence for five days. The abbot allegedly intimidated the boy into staying, saying he had a gun.

The man said his son was ordained in July and had been staying at the temple ever since. The boy told his family of the sexual abuse early last month. The novice first called his aunt for help in getting transferred to another temple. The boy eventually told her what had happened. After the calls for help, a local monk rescued the boy from the abbot’s residence. The monk was then assaulted by the abbot, according to the boy’s story.

The monk alleged the abbot kicked him, stepped on the boy’s chest and repeatedly hit his face. He also said he had earlier accused the abbot of failing to perform his duties. The Abbot is denying the accusations.

The Buddhism affairs chief of Kanchanaburi, said senior local monks would form a committee to investigate the case.