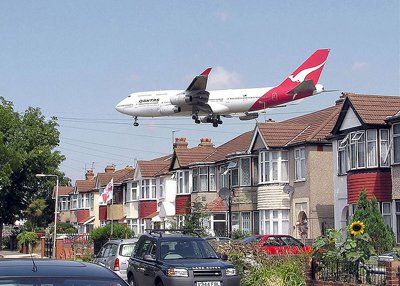 PHUKET: An African man who was found dead in southwest London on Sunday had fallen from a passenger plane that was preparing to land at Heathrow Airport, British police said yesterday.

The stowaway has not yet been identified but may have been from Angola.

The Metropolitan Police Service, better known as Scotland Yard, said police were called to Portman Avenue in the Mortlake district of London at approximately 7:55am local time on Sunday after a body was found. The London Ambulance Service also attended and the victim was pronounced dead at 8:05am local time.

Police said investigators believe the man fell from the landing gear of a flight which was preparing to land at Heathrow Airport, but few other details have been released. “The death is currently being treated as unexplained,” a police spokesperson said. “The man was not a member of an air crew or a passenger.”

An autopsy was carried out at Kingston Hospital Mortuary on Tuesday, but the results were not immediately known and investigators are still attempting to identify the victim.

“It is possible he was from Angola as he was found with Angolan currency in his possession,” the spokesperson said, adding that he was approximately 20 to 30 years old.

World News: US Ambassador Stevens killed in attack by protestors