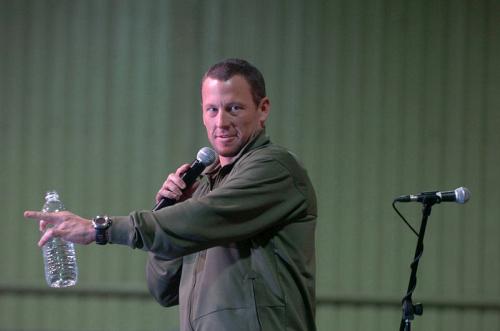 PHUKET: (News wires): Lance Armstrong is reportedly on the verge of publicly admitting he used performance enhancing drugs throughout his cycling career.

The New York Times is reporting that the disgraced American has told associates and anti-doping officials that he is considering a public admission.

The newspaper claims this is according to several sources with direct knowledge of the situation.

It is believed he would do it because he wants to persuade anti-doping officials to restore his eligibility so he can resume his athletic career.

Armstrong has vehemently denied ever doping, but was found guilty by the UCI and stripped of his seven Tour de France titles, and banned from cycling for life.

When asked about whether he would admit to doping, Armstrong’s lawyer Tim Herman said, “Anything is possible”.