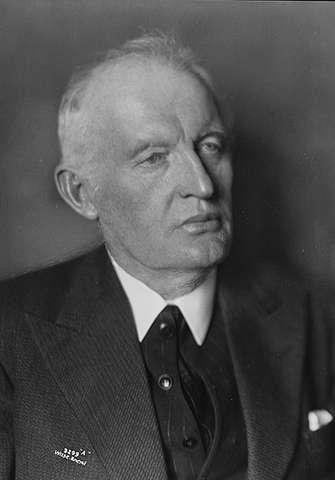 PHUKET (News Wires): A Norwegian businessman will sell the Edvard Munch masterpiece “The Scream” during an art auction in New York City in May, auction house Sotheby’s announced yesterday. The price is expected to exceed US$80 million.

The 1895 painting, owned by Norwegian businessman Petter Olsen, will lead the Impressionist & Modern Art Evening Sale at Sotheby’s in New York City on May 2. It is one of four known versions of the iconic composition but the only version still in private hands, as the other versions are owned by Norwegian museums.

The work, which shows an agonized figure who is holding his head and screaming under a blood-red sky, is one of the most instantly recognizable images in both art history and popular culture. “Munch’s The Scream is the defining image of modernity, and it is an immense privilege for Sotheby’s to be entrusted with one of the most important works of art in private hands,” said Simon Shaw, the head of Sotheby’s Impressionist & Modern Art department in New York.

Olsen, whose father Thomas was a friend, neighbor and patron of Munch, said the proceeds from the sale will go toward the establishment of a new museum, art center and hotel on his farm in the Norwegian village of Hvitsten. “It will open next year in connection with the Munch 150th [birth] anniversary, and will be dedicated to the artist’s work and time there,” he said. “We are restoring his house and studio, and guests can stay in his home.”

Shaw said The Scream is one of very few images which transcends art history and reaches a global consciousness. “The Scream arguably embodies even greater power today than when it was conceived,” he said. “At a time of great critical interest in the artist, and with the 150th anniversary of his birth in 2013, this spring is a particularly compelling time for The Scream to appear on the market. For collectors and institutions, the opportunity to acquire such a singularly-influential masterpiece is unprecedented in recent times.”

Sotheby’s said the pastel-on-board version of “The Scream” is distinguished in several ways. The auction house said it is the most colorful and vibrant of the four and the only version whose original frame was hand-painted by the artist to include his poem detailing the work’s inspiration. It is also the only version in which one of the two figures in the background turns to look outward onto the cityscape.

“I have lived with this work all my life, and its power and energy have only increased with time,” Olsen said. “Now, however, I feel the moment has come to offer the rest of the world a chance to own and appreciate this remarkable work, which is the only version of The Scream not in the collection of a Norwegian museum. My father Thomas Olsen was a friend of Munch, and acquired The Scream as well as many other works by the artist.”

Before being auctioned in New York on May 2, the painting will be on view at Sotheby’s in London on April 13 and then in New York on April 27. This version has never before been on public view in either the United Kingdom or the United States, except briefly at the National Gallery in Washington, D.C.