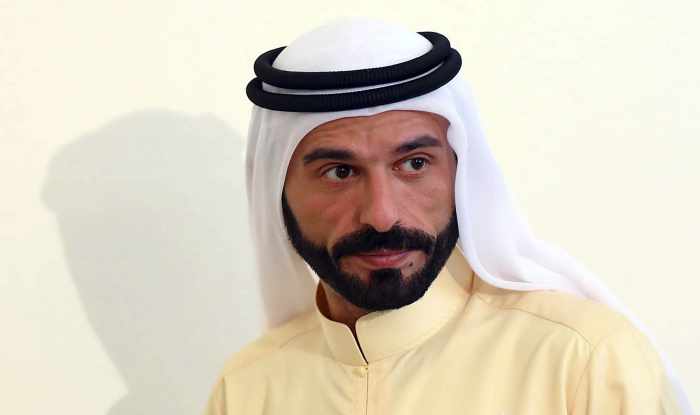 PHUKET: Iraq’s Prime Minister Nuri al-Maliki ordered his air force for the first time to back Kurdish forces against Islamic State fighters after the Sunni militants made another dramatic push through the north, state television reported on Monday.

Tens of thousands of people have fled one of the districts seized by Islamic State fighters in the offensive and are now surrounded, the United Nations said on Monday. The Sunni militants often execute people in areas they have captured.

Kurdish peshmerga fighters, who gained experience fighting Saddam Hussein’s troops, were regarded as one of the few forces capable of standing up to the Sunni insurgents, who faced almost no opposition from Maliki’s U.S.-trained army during their lightning advance through the north in June.

Then on Sunday the Islamic State inflicted a humiliating defeat on the Kurds with a rapid advance through three towns to reach the Mosul Dam, acquiring a fifth oil field to fund its operations along the way.

State television and witnesses said the Islamic State had seized Iraq’s biggest dam. Kurdish peshmerga officials said they had pushed militants from the dam area and were in control of it. This could not be immediately confirmed.

Despite predictions from Kurdish commanders that their forces would launch a successful counter-offensive, one senior Kurdish official urged the United States to step in and provide weapons “for the sake of fighting terrorism”.

Kurdish commanders whose units came under attack from Islamic State fighters told Reuters they faced overwhelming firepower, were taken by surprise, and that militants had in many cases started shooting from villages where they had formed alliances with residents.

The areas that the Kurds lost were not part of their semi-autonomous region, but had been seized in the north after the fall of Saddam Hussein.

Maliki has been at odds with the Kurds over budgets, oil and land, and tensions deepened after the Islamic State seized control of large swathes of land in the north and west of OPEC member Iraq.

In July, the Kurdish political bloc ended all participation in Iraq’s national government in protest over Maliki’s accusation that Kurds were allowing terrorists to stay in Arbil, the capital of their semi-autonomous region known as Kurdistan.

Opponents accuse Maliki of being an authoritarian ruler with a sectarian agenda whose alienation of Sunnis fuelled the insurgency. Currently ruling in a caretaker capacity after an inconclusive election in April, he has defied calls by Sunnis, Kurds and even some fellow Shi’ites to step aside to make room for a less polarising figure.

The Kurdish region is pressing the Obama administration for sophisticated weapons it says Kurdish fighters need to push back the Islamic State fighters threatening their region. The requested supplies include tanks, sniper equipment, armoured personnel carriers, artillery and ammunition.

The move is likely to further anger Maliki, who may see it as an attempt to circumvent the Baghdad government in a long-standing drive for independence.

For now, however, Maliki seems to have put aside his hostility with the Kurds to try to prevent further gains by the Islamic State, which has declared a caliphate in parts of Iraq and Syria it controls and threatened to march on Baghdad.

“The general commander of the armed forces has ordered the air force command to provide backup for the Kurdish peshmerga forces against the terrorist gangs of the Islamic State,” state television quoted Maliki’s military spokesman Qassim Atta as saying.

Tens of thousands of residents of Sinjar fled the district after it was taken over by Islamic State fighters.

Previously, an estimated 308,000 people lived in the district of Sinjar. As the insurgents advanced, many fled to Sinjar mountain, or Jebel Sinjar, said the United Nations Office for the Coordination of Humanitarian Affairs (OCHA) in a statement.

“The exact number of displaced people on Jebel Sinjar is unknown; however, reports indicate that some 35-50,000 people displaced in nine locations, reportedly surrounded by ISIS (Islamic State) armed elements. There are reports, to be verified, of children already dying for lack of water and other assistance among those trapped,” the OCHA statement said.

A further 30,000 people, mainly women and children, have made their way to Dahuk governorate in Kurdistan, with more expected in coming days, OCHA said.

The insurgents control the two roads down the Sinjar mountain and are attacking families moving along the roads, which lead to Sinjar town and the Syrian border crossing at Rabia, OCHA said.

The senior Kurdish official said the Kurds had been overstretched because they had to watch over a vast territory.

“The Islamic State has also been intimidating people by carrying out beheadings,” he said, asking not to be identified.

After thousands of Iraqi soldiers fled their initial advance in June, the group then known as the Islamic State in Iraq and the Levant (ISIL) seized tanks, armoured personnel carriers, anti-aircraft guns, mortars, artillery and vehicles.

“It is a very dangerous situation for the region. Something needs to be done soon,” the senior Kurdish official said.

Despite the odds, Kurdish commanders were talking tough.

One colonel said the Kurdish withdrawal was tactical and forecast that several Kurdish brigades would take back all territory lost on Sunday and even win back Mosul, Iraq’s biggest northern city which is firmly in the hands of the Islamic State.

“We will attack them until they are completely destroyed. We will never show any mercy,” he told Reuters. “We have given them enough chances and we will even take Mosul back. I believe within the next 48-72 hours it will be over.”

But commanders who had lost men in battle were not as optimistic. Kurdish peshmerga Brigadier Mashia Ramazan Fattah said the base where he was stationed came under Islamic State mortar fire for 12 straight hours through the night.

He was surprised to find that 500 peshmerga forces were outnumbered by Islamic State fighters who forced them to flee.

Another commander who asked not to be named said the Islamic State took everyone by surprise and had deployed snipers in addition to heavier weapons and that, in many cases, the Kurds had simply run out of ammunition.

“We can no longer carry on fighting with just Kalashnikov rifles,” he said.