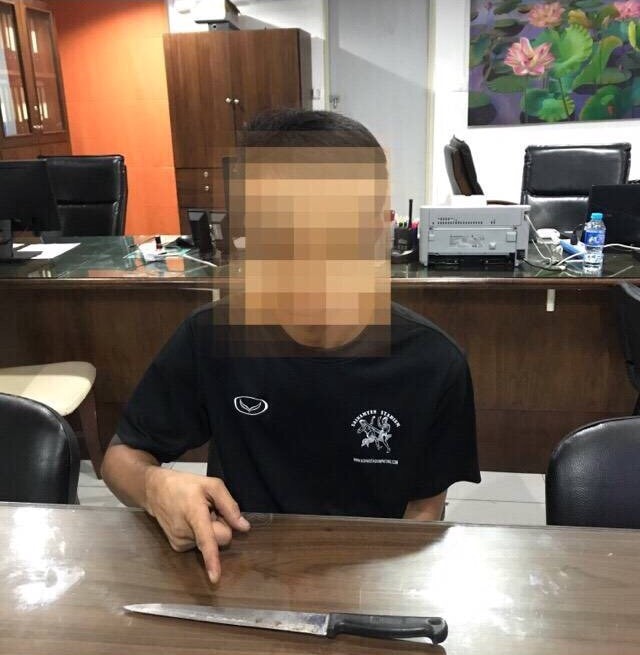 The incident took place in front of a massage shop in Soi Kebsup at about 5.00 am yesterday (August 31) after the Tuk Tuk driver picked up two tourists from the McDonalds Restaurant on Taweewong Road. The driver claimed that he and the passengers negotiated the fare at 400 Baht but when he dropped them off, they denied the price.

According to the driver, the argument got worse and the tourist tried to ‘harm’ him so he brought out his knife, which convinced the passengers to pay the fare.

He was charged with possession of a knife in public and fined 500 Baht. Police are still looking for the tourists to investigate the allegations made by the tuk tuk driver.