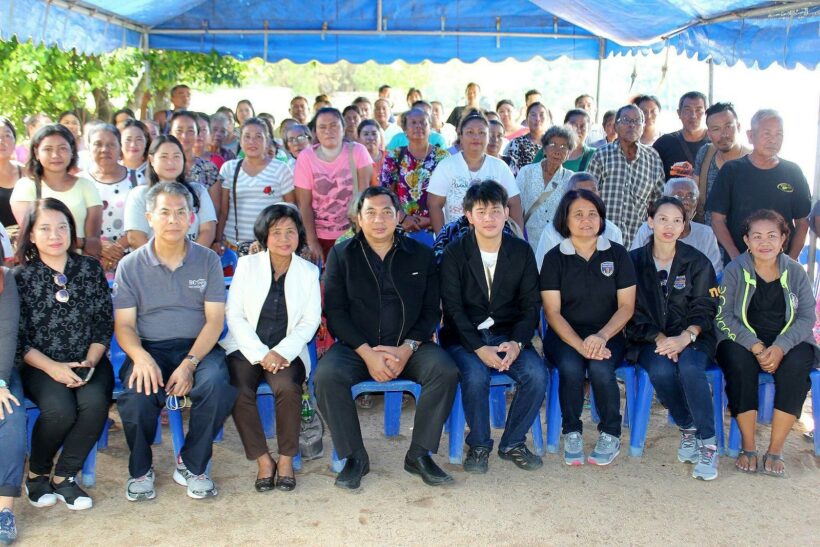 “We visited the sea gypsies today to advise them on how to present their proof in Court efficiently. If they forget or leave out some details, it can affect them negatively,” said Pol Lt Col Prawut.

“As I heard from them, they also spread our suggestions to other sea gypsies living in Laem Tukkae and other provinces which is a good development because it is more comfortable for them to talk to each other than government officials like us.

“At the moment, there are 7-8 cases currently in court for which we’ve already filed the required proof and all documents necessary. Now, we only have to wait for the consideration from the court.

“When the landlord wants to sue the villagers, we are ready to come up with proof to show to the court. The main problem now is the Title Deed on the land that hasn’t been revoked. This depends on the consideration of the Land Office. We suggested tp the sea gypsies to file their proof to the Administrative Court and they are preparing for it.”

Thanks to the support from many sectors in Bangkok such as Ministry of Justice, DSI, Central Institute of Forensic Science (CIFS), Right and Liberties Protection Department (RLPD), and Fine Arts Department, the sea gypsies have received enough evidence to prove that they have lived on the land before, such as an aerial photographs from the 1950s, ancestral bones found under a house in the village, a student name list at Wat Sang Arom from 1954 (before the land deed was issued) and the documentary of a visit of HM King Rama 9 to the village. So far, the sea gypsy have won many of their cases.

Following an investigation on the process to issue land deeds, the DSI have found that it was not legal making six more sea gypsy villagers free from the accusation. The six villagers include Taew Sengbut, Jaroon Hadsaithong, Aew Hadsaithong, Worawan Hadsaithong, Niran Yungpan and Buncha Hadsaithong.

The community consists of 2,000 villagers in 250 households on 19 rai of land and all of them are Orak Lawoi and Moken. Many of them were sued for encroaching private land by the landlord since 2011. 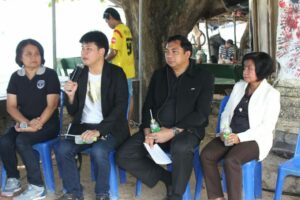 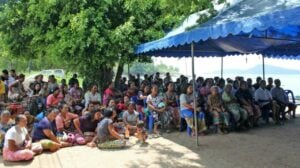