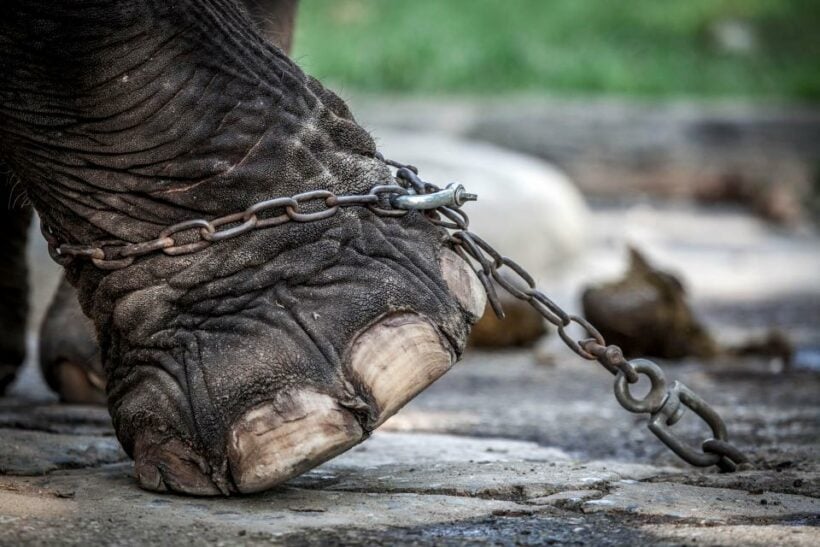 A British photographer has had a sickening series of photos published in thesun.co.uk after witnessing what he described as “a wildlife house of horrors”.

37 year old environmental photojournalist Aaron Gekoski says he witnessed the shows on a tour of Thailand’s zoos and will now campaign for more restrictions over the industry.

In the article he claims… “Orangutans are shown being forced to fight in boxing rings with gloves strapped to their hands, an elephant performs tricks on a stone stage and then afterwards they are locked up with the others in hellish conditions”.

Some of the zoos Aaron visited include Safari World near Bangkok, Pata Zoo in the capital and Phuket Zoo. He wrote in his blog, “What I witnessed was shocking and incredibly distressing.”

Thailand’s animal shows are coming under increasing attack as westerners complain about the appalling conditions animals are kept, the ‘tricks’ they are forced to perform and questions about the training methods used to get the animals to perform. Aaron claims that many animals are beaten and mistreated and have their spirits broken by handlers, rendering them completely submissive.

“Yet most tourists aren’t aware of the abuse that takes place or how poor the quality of life is for many captive animals.”

“These images depict the exploitative and utterly disrespectful use of wild animals, being forced to entertain the ill-informed and mindless,” said Chris Draper, the Head of Animal Welfare & Captivity at the Born Free Foundation.

Read the rest of the article and about Aaron’s campaign HERE.

Footage from the Pata Zoo in Bangkok HERE.