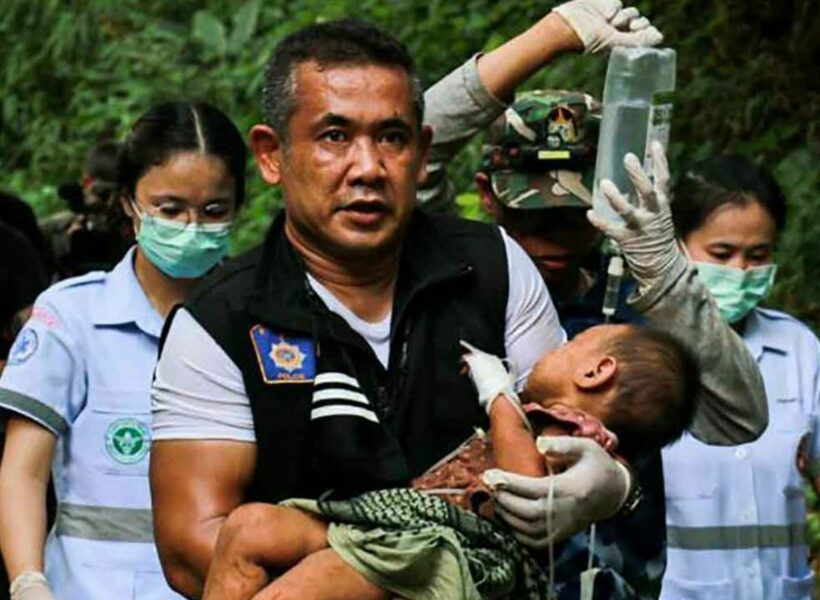 Siew, the man who is suspected of being involved in the disappearance of the toddler “Nong Gina”, is facing 2 new charges: depriving a child under 15 of parental care and detaining a child, says the superintendent of Bo Luang police station, Kriangsak Prom-Uthai.

The toddler who is just shy of 2 years old went missing from her home last Sunday in Ban Huay Fak Dap in Chiang Mai, the northern Thai province, and was later found at a cave the following Wednesday.  Siew claims he left her there as a sacrifice to the forest. The Mirror Foundation, an organisation dedicated to helping find missing persons, later said that they believe Nong Gina was kidnapped for more malevolent purposes.

The toddler is still at the Nakornping Hospital recuperating from her ordeal. She has suffered cuts and insect bites. Health officials say she will need time to recover both physically and mentally. Further, the health officials say they will provide a formal assessment of the girl’s condition at a later date, says the father.

Police are currently searching for the diaper Nong Gina was wearing at the time of her kidnapping, also, a cloth that Siew says he tied to his waist during the abduction.

DoUKnowWhoIAm
9 minutes ago, Thaiger said: Siew, the man who is suspected of being involved in the disappearance of the toddler “Nong Gina Time to dust off the good old Iron Maiden.
MikeW
6 hours ago, NCC1701A said: execute him. next case.  I just got a 30 day jail sentence on fakebook for a comment like that 😂

Captain arrested in Samut Sakhon for allegedly not paying workers