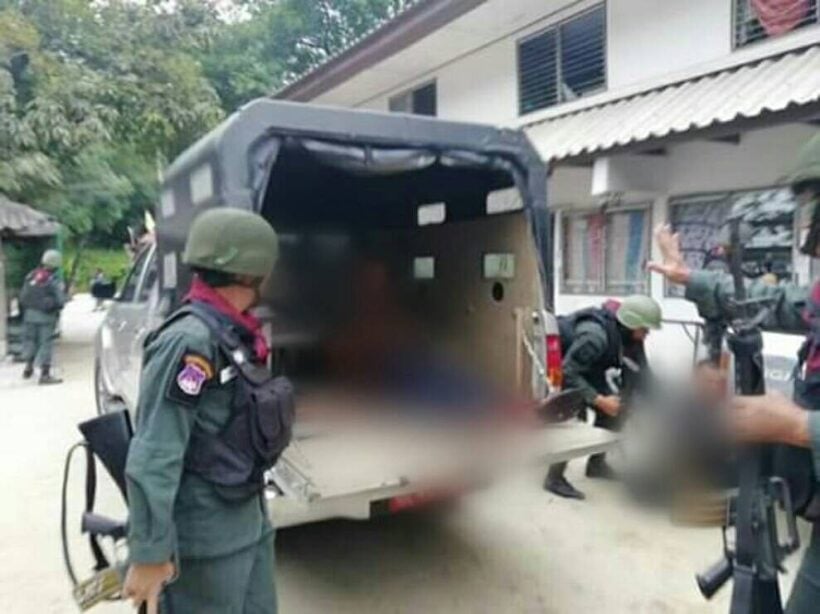 Three border patrol police officers have been injured after being fired on in a gun attack by two suspected insurgents while returning to their base in Narathiwat’s Rusoh district yesterday morning (Thursday).

The bullet-ridden pickup truck reached the Tambon Suwari station despite the bullet damage.

Sergeant Majors Sak Chaina, Surachai Narin and Meechai Kittisak sustained wounds and were taken to Raman Hospital in Yala and are reported to be in satisfactory condition.

The three officers were deployed to the troubled region from Udon Thani on October 1. They had just collected their first assignment letter when the attack occurred. 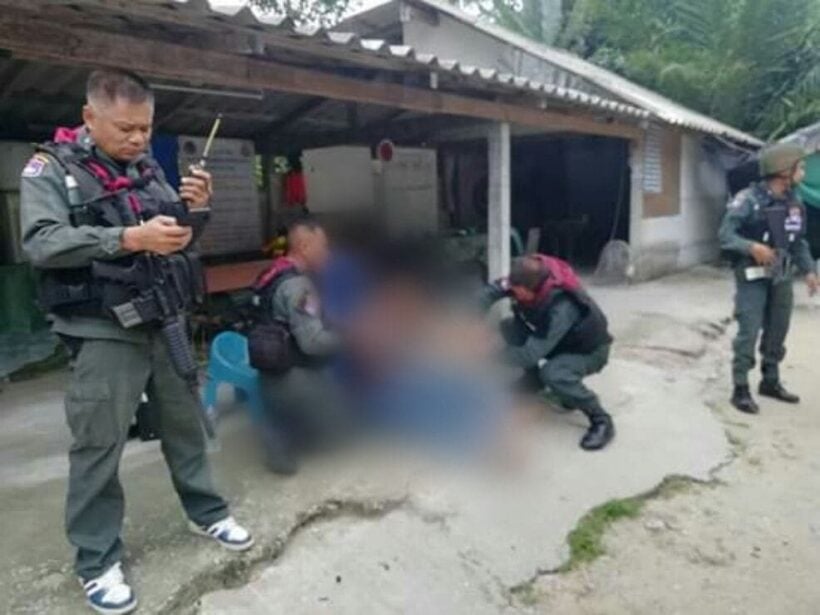 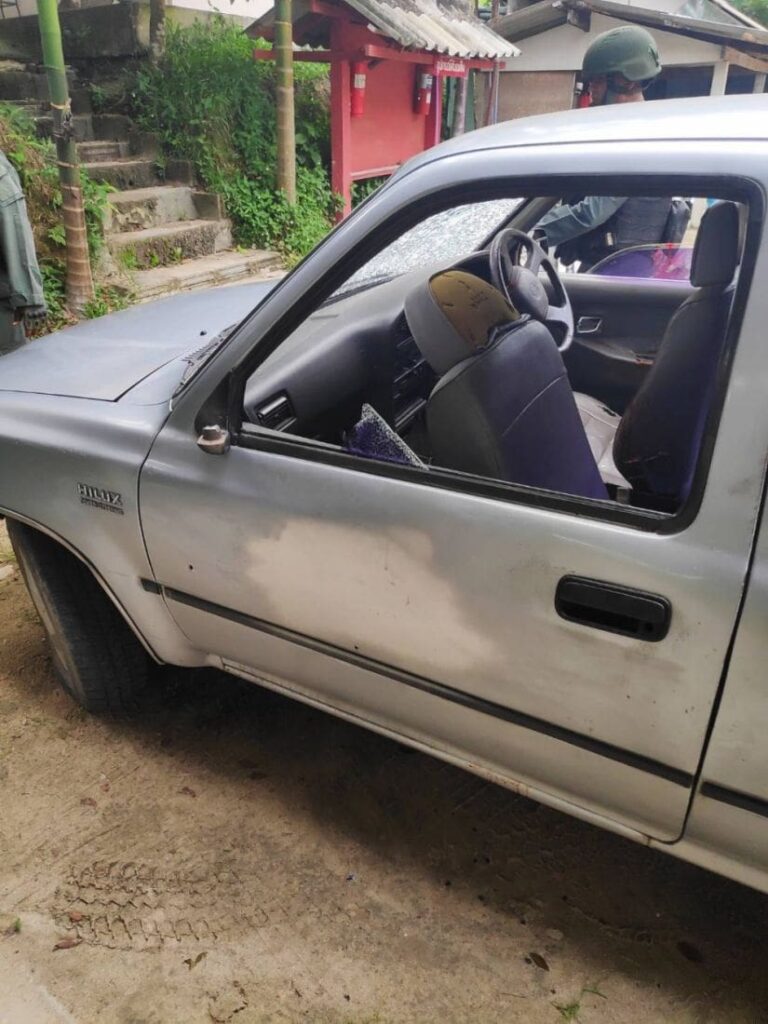