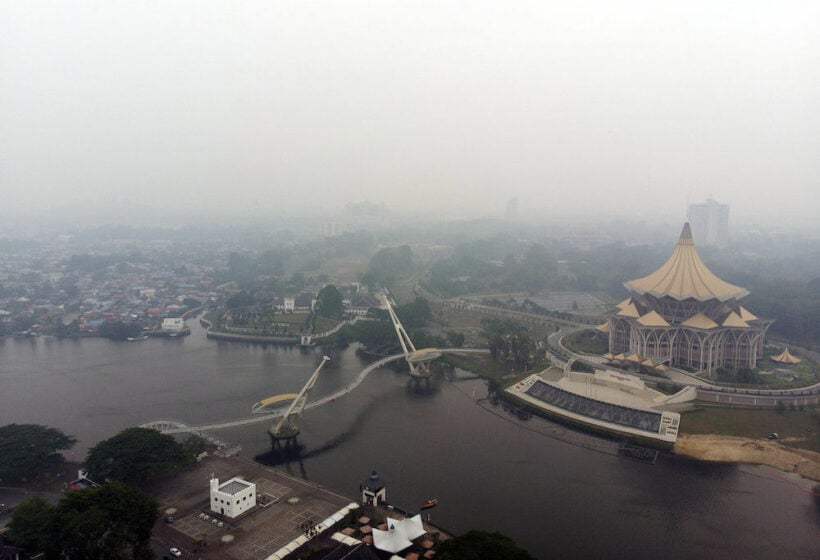 Huge fires are raging across vast swathes of Indonesia’s rainforests – some of the world’s biggest – with toxic smog shutting hundreds of schools. Massive jungle areas in Sumatra and Borneo island are ablaze as thousands of personnel battle to quell the fires, frequently started to clear land for crop plantations.

In Indonesia the number of hotspots – areas at risk of fires – has soared in parts, including on Borneo which the country shares with Malaysia and Brunei. Air quality has dropped to “unhealthy” levels in and around KL, according to the government’s air pollutant index, and the skyline has been shrouded in thick smog, while haze also hung over Singapore.

In southern Thailand there has also been alarm as the smoke haze has started to build this week. Residents are being advised to stay indoors ar wear face-masks outside as a precaution. The smell of burning foliage filled the air, and residents were suffering respiratory problems and complaining of itchy and sore eyes.

Around 400 schools were closed Tuesday in nine districts of Sarawak state on Borneo, with more than 150,000 students affected, according to the local education department.

In neighbouring Indonesia’s Jambi province, on Sumatra, some kindergartens will be closed until Friday, while elementary and junior high schools are also temporarily shut, according to local authorities, who did not give exact numbers.

Jambi mayor Syarif Fasha urged residents to wear face masks while Malaysia’s national disaster management agency said it has secured half a million masks, which will be sent to the Sarawak state disaster committee.

On Monday, Malaysia said it was preparing to carry out cloud seeding to induce rain and clear the air by releasing certain chemicals into the clouds – although some experts have questioned its efficacy.

Indonesian authorities have deployed thousands of extra personnel since last month to prevent a repeat of 2015 fires, which were the worst for two decades, choking the region in haze for weeks and setting off a diplomatic spat.

Under pressure from neighbours, Indonesian leader Joko Widodo last month warned that officials would be sacked if they failed to stamp out forest fires.

The number of hotspots with medium-to-high potential to break out in blazes soared nearly sevenfold to 6,312 over a four-day period this month, according to Indonesia’s national disaster agency. 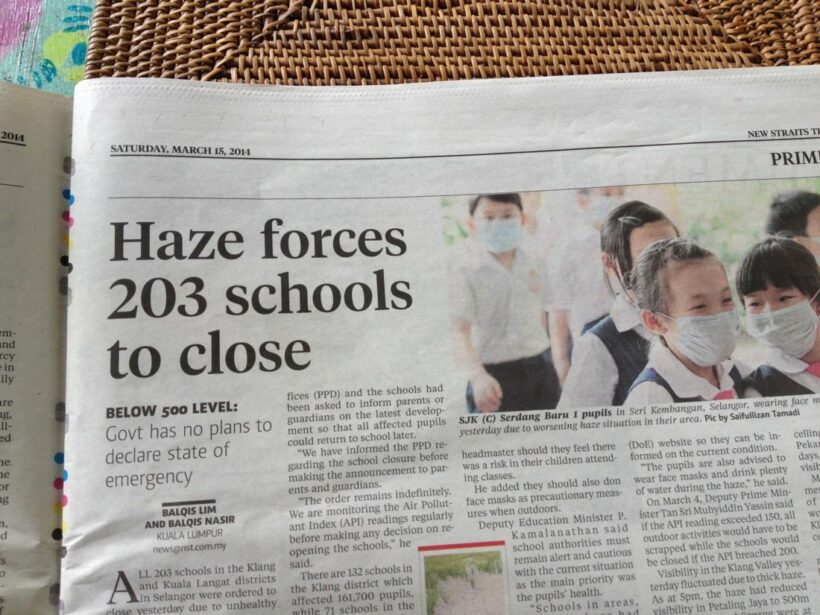