Thai social media in the northern city has been full of praise for a foreign man and woman who responded to an incident in Chiang Dao, north of Chiang Mai.

Chiang Mai News reports that the couple got out of their vehicle and helped with first aid before emergency teams and the police arrived on the scene and helped get the man to hospital. He was wearing army fatigues.

The injured man was driving a Honda motorbike that was involved in a collision with an Isuzu pick up that stopped at the scene awaiting police.

Chiang Mai News noted that even though they were tourists they went out of their way to help the man.

The incident happened 6 days ago. 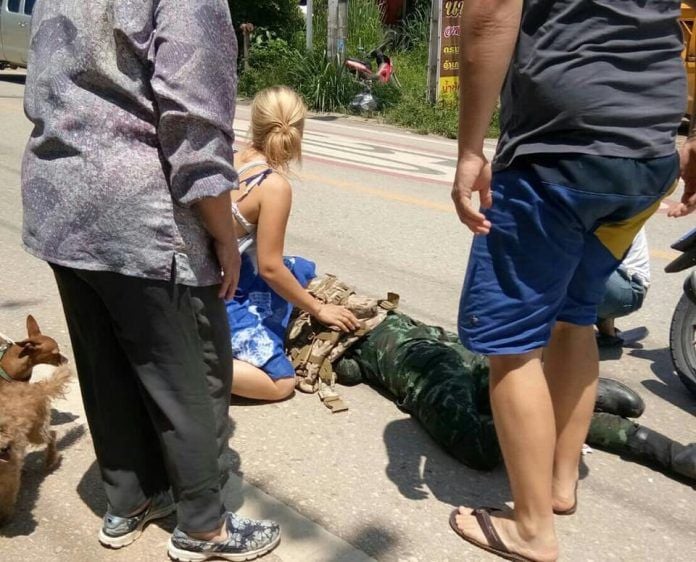