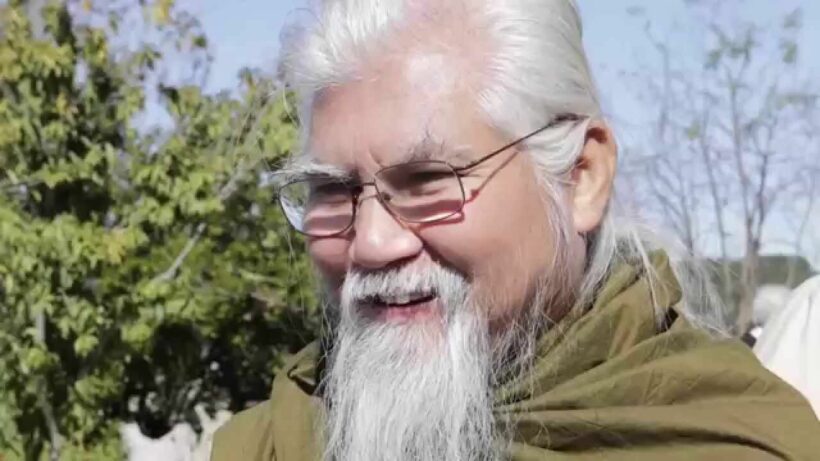 A former monk who was expelled from monkhood has returned to southern Thailand to celebrate his birthday. Phra Yantra Amaro Bhikku, who is now known as Winai La-Ongsuwan, became disgraced from monkhood after alleged sexual misconduct. Although he has often returned to Thailand after his criminal defamation case against him in 2014, Covid-19 has kept him away for the past 2 years. As he just now returned to Nakhon Si Thammarat to celebrate his 70th birthday, he was seen in a Facebook video paying respect to Buddha relics at Wat Phra Mahathat Voramahaviharn in the province’s Pak Phanang district.

The video shows the monk giving lotus flower to his followers before getting into a van and leaving. Winai was a priest for several years before he entered the monkhood in 1974. As he was very charismatic, he soon attracted a very large following. But 20 years later, he was accused of defaming the Supreme Patriarch. And, he was also hit with a criminal charge under the Sangha Act after a video surfaced of the monk having sex, which violates the rules of monkhood. Furthermore, his affair with a woman follower led to him fathering a daughter.

The Sangha Supreme Court found him guilty of conduct unbecoming of a monk and banished him from monkhood. Yantra allegedly obtained a fake passport and fled to America, where he was granted asylum. He now allegedly continues his work as a monk overseas.

The former mayor of Pak Phanang says the former monk arrived on October 16, took part in religious activities in Kanchanaburi province, then travelled to Pak Phanang and stayed at his sister’s house. He left his hometown on October 19 and is set to fly back to America on October 27. The Bangkok Post has reported that his hometown monks greeted him with a ‘wai’ when he arrived.