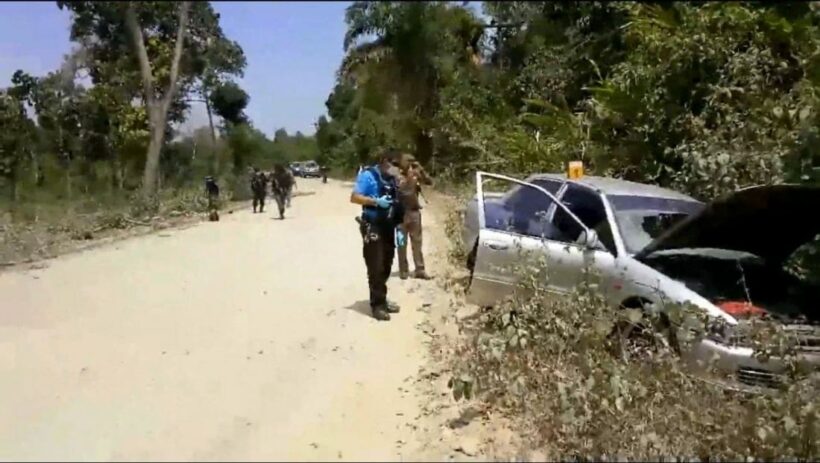 A man was shot and killed in Narathiwat last night over an alleged drug-trafficking conflict.

Police believe the death is not part of the southern insurgency that has continues to plague Thailand’s deep South for more than a decade.

“But the killers may want to disguise their crime as a security case,” according to police.

The shooting was reported to the Rueso police about 10pm last night (Thursday).

The 47 year old’s name is being withheld because of possible motives behind the murder that are currently being investigated. He sustained three gunshot wounds – to the head, chest and right arm.

“I was tapping rubber when I noticed three men suddenly run out of a rubber forest on the other side and opened fire on the oncoming car,” a witness said on condition of anonymity.

The witness said after a few gunshots, the car lost control and swerved into the roadside.

“One of the gunmen then opened the door of the car and fired one more shot as if to make sure that the victim would be dead,” the witness said.

Fearing for his own life, the witness said he turned on his lamp.

“After the shooting a pickup arrived at the scene and collected all three gunmen,” the witness added.

Police have been working at the scene of the shooting today gathering evidence. 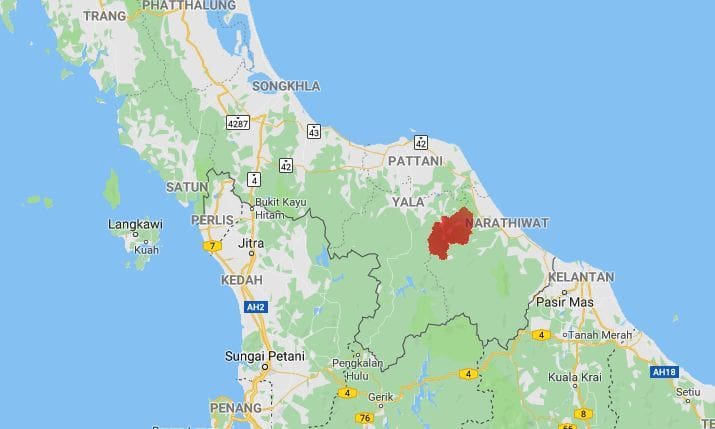 Muslim man shot and wounded on the Thai/Malaysia border