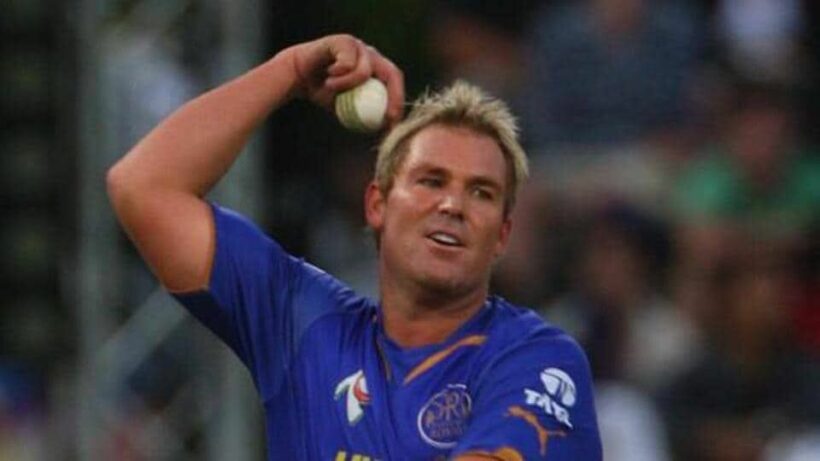 Thai Police have made a statement today that they don’t suspect foul play in yesterday’s death of legendary Australian cricketer Shane Warne.

The 52 year old, who had only arrived on Koh Samui for a vacation with fiends on Thursday, died of a suspected heart attack sometime early on Friday.

“No foul play was suspected at the scene based on our investigation.”

Mr. Warne was staying at the Samujana Villas on Koh Samui.

“He was very kind, and he was such a character that was, I think, what Australians loved about him as well. I mean, he knew he wasn’t perfect. His life was full of great achievements, but also regrets, and he carried them the same way with an honesty and a humility about it. I think people could see a lot of themselves in Shane in that way, but his dedication and professionalism and talent and, you know, as a cricketer that was just unrivalled, he was extraordinary.”

Shane Warne’s long-time manager James Erskine spoke to Fox Sport and revealed that one of Warne’s friends tried to wake him after having a nap, but found him unresponsive. He also mentioned that the trip in Koh Samui was part of a planned 3 month break.

The group staying at the villa had decided they were going to meet for a drink at 5pm, Thai time, but Andrew “Neo” Neophitou went to knock on Shane’s bedroom door at 5.15 and found him dead. The group staying with Shane attempted CPR for about 20 minutes before the ambulance arrived.

About 45 minutes later he was pronounced dead at the Thai International Hospital in Chaweng.

As a commemoration today, there was 2 minute’s silence obsvered remembering Shane Warne ahead of the 2nd Day’s play between Pakistan and Australia at the Rawalpindi Cricket Stadium in Rawalpindi.

The Premier of Victoria, Dan Andrews , has also tweeted today….

“I’ve just informed the Warne family that the Government will rename the Great Southern Stand at the MCG (Melbourne Cricket Ground) – the place he took his hat trick and 700th wicket – to honour Shane and his contribution to the game.

The S.K. Warne Stand will be a permanent tribute to an amazing Victorian.” 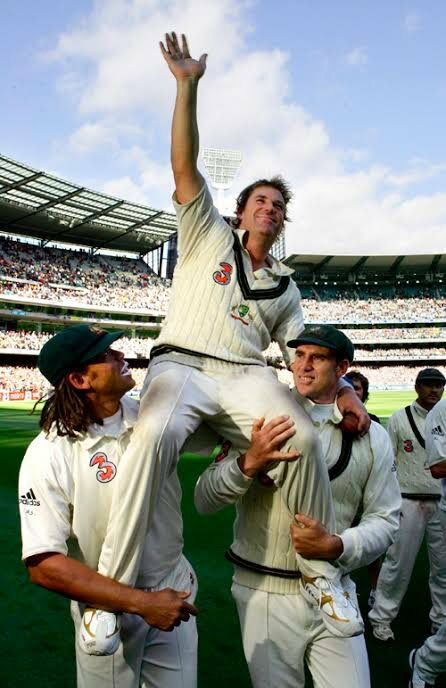 Here’s part of a longer obituary published in News 18…

Born on September 13, 1969, at Ferntree Gully in Victoria, Warne made his Test debut against India in Sydney in 1992 and followed it with an ODI debut against New Zealand in Wellington in March next year.

The Australian, who was chosen as one of Wisden’s Five Cricketers of the Century, finished his career with 293 wickets in ODIs and 708 wickets in Tests, the most by a leg-spinner in the format. He also won the World Cup with Australia in 1999 and was the Player of the Match in the final against Pakistan with figures of 4 for 33.

Affectionately known as ‘Warnie’, the cricketer is credited with almost single-handedly reviving the art of leg-spin in the early 1990s. Although luminaries such as Pakistan’s Abdul Qadir had kept the art alive, Warne brought a new glamour and attacking intent to leg-spin. With his sharp and tactical brain, he could outfox the world’s best batters.

Notably, the leg spinners’ delivery to Mike Gatting in the Manchester Ashes Test in 1993 is considered as the ‘ball of the century’.

Like football legend Diego Maradona, Warne was also talented, charismatic, had a flamboyant personality, both on and off the field, and was involved in a fair amount of controversies in his life.

Away from the cricket field, Warne was rarely far from the front pages of the tabloids, which have produced a string of revelations about his personal life. His ‘sexcapades’ were as famous as some of his deliveries.

In 1995, both he and his then team-mate Mark Waugh were fined for giving information to an Indian bookmaker during the previous year’s tour of Sri Lanka. He fell foul of the cricket establishment for his comments against the then Sri Lanka captain Arjuna Ranatunga just before the start of the 1999 World Cup.

In 2003, on the eve of that year’s 50-over World Cup, Warne was suspended from international cricket for a year after he tested positive for a banned diuretic during a routine drugs test — he claimed it was given to him by his mother to help him lose weight.

However, the leg-spinner made a roaring comeback with four five-wicket hauls in a row to lead Australia to a memorable 3-0 series win in Sri Lanka in March 2004 and then played a quietly crucial role in their subsequent “final frontier” victory in India. He retired from international cricket in 2007, after reclaiming the Ashes with a 5-0 whitewash (the first that Australia had inflicted on England since 1920-21).

Even at the age of 37, the Warne legend was not done. Though Warne was a ‘master tactician’, he never got the opportunity to lead Australia — the controversies off the field proved a big obstacle in his elevation as the skipper. However, he fulfilled that unfinished part of the business by winning the IPL title.

After retiring from international cricket, Warne proved his leadership ability and added to his legend with his instrumental role in Rajasthan Royals winning the inaugural edition of the Indian Premier League in 2008. Not only that, he picked 19 wickets during the IPL 2008 and helped Rajasthan clinch the title. He gave confidence and desired mentorship to many likes of Ravindra Jadeja and Yusuf Pathan, who served or continue to serve Indian cricket. Warne had an eye for talent and he proved that by picking little-known players and getting them to create magical moments for Rajasthan Royals.

Grant
Just now, Grant said: Oober is proving that South Americans don’t know anything about cricket and also how in educated he is with his KRAAS uneducated statements about Shane Warne Warne made Headlines on nearly every Newspaper in The Commonwealth…
OOber
36 minutes ago, Grant said: Again you are not even close to the top ten cricketing nations ? where did you get that fact ! Oober you have no idea! so please don’t comment of what you have no idea!…
OOber
22 minutes ago, Grant said: Yet Oober says he could not find any news on British papers? 13 hours ago, OOber said: I searched for Shane in non-British/Australian news and he wasn't mentioned anywhere. Please learn to read properly.

Smithydog
8 minutes ago, OOber said: From the ICC website. Good enough? It says to become a proper full member a country must have the right infrastructure in place. There seem to be only 12 countries able to do so since…
Khunmark
16 hours ago, OOber said: Well, the top 10 countries playing cricket list includes Fiji, Samoa, West Indies, Afghanistan. If you take away India (1 billion viewers) cricket wouldn't make the school paper anywhere. Cricket's greatest competition is a 2…