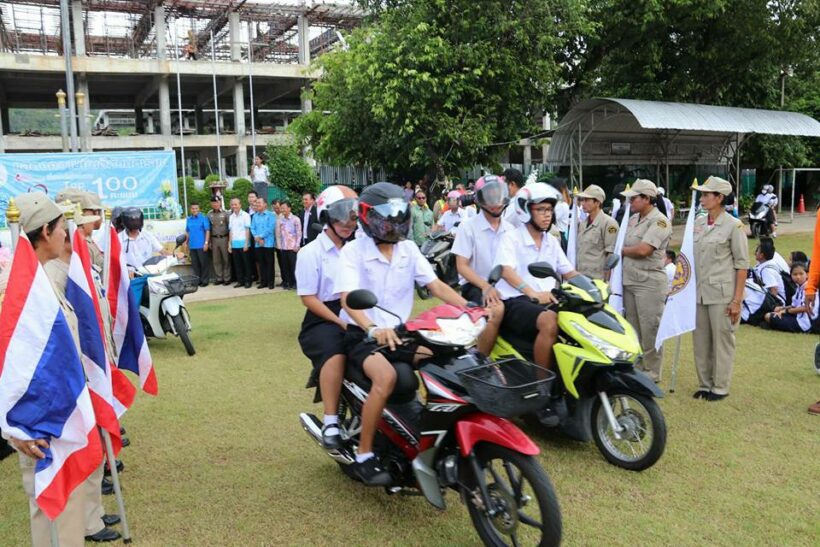 A promotion has been launched at Phuket Wittayalai School in Phuket Town this morning, hosted Phuket’s Governor, with a target to decrease road accidents.

“The aim of the project is to increase monitoring of road safety, especially for students and government officers involved in educational institutions. Actions taken in the future to curb poor road behaviour will be both legal and disciplinary.”

A 12 year old motorcycle rider was killed in Wichit after his head crushed by tour bus on May 15. He was racing his motorbike along Naka Road with another student riding with him. No license, no helmet, speeding.

Read the sad outcome of this student’s actions HERE.

Another Phuket student was seriously injured in a crash with a tour bus on May 29. 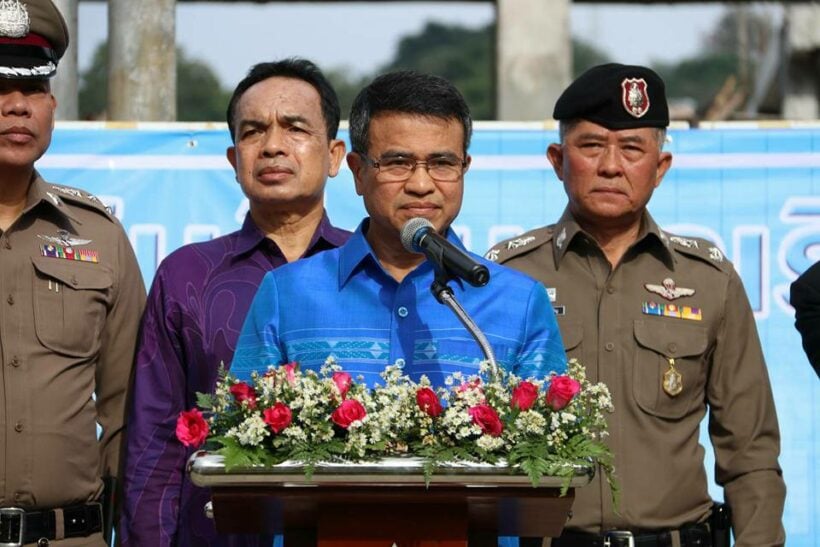 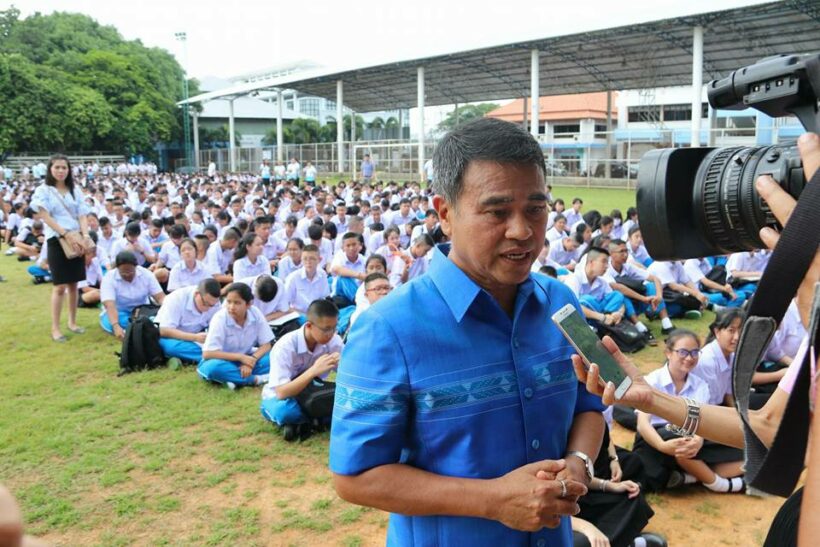 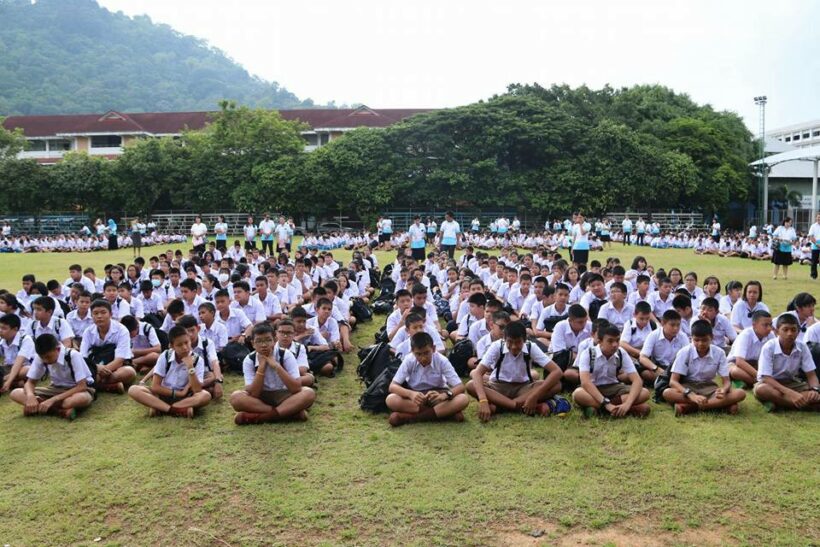 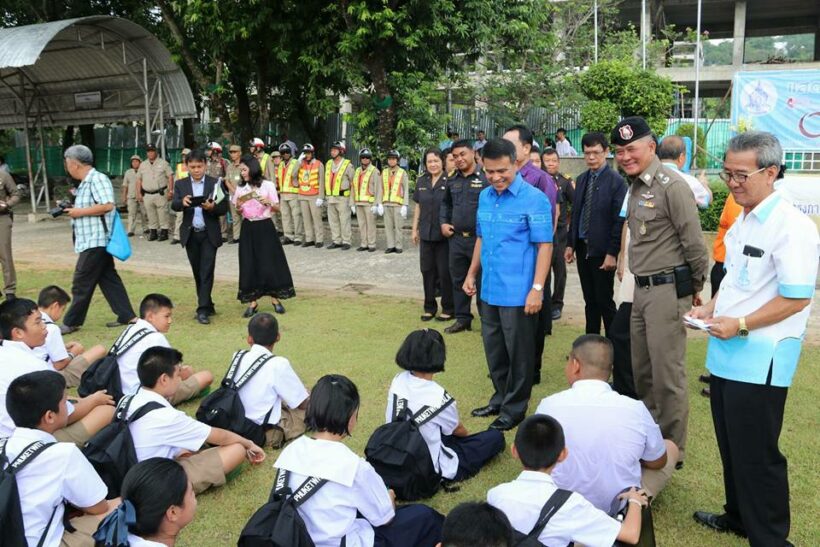