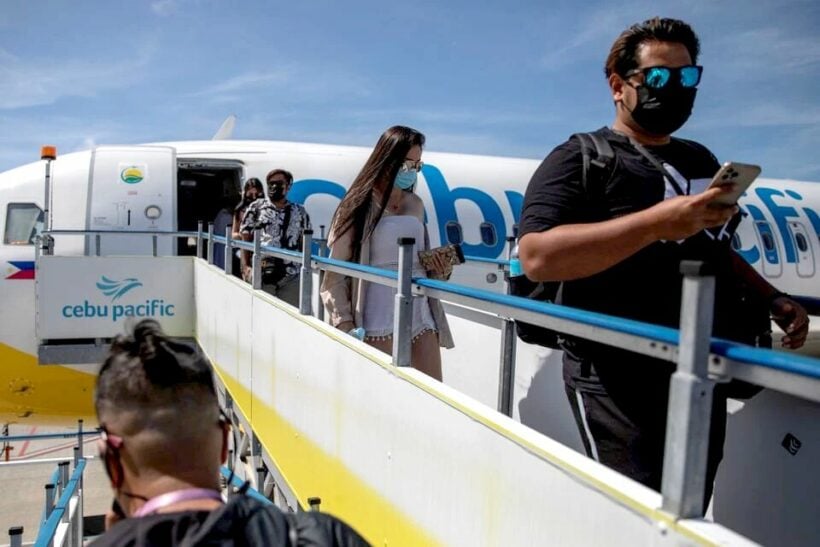 PHOTO: The Philippines is reopening to vaccinated travellers from most countries. (visa Reuters)

After nearly 2 years of closed borders due to the Covid-19 pandemic, the Philippines plans on reopening to some fully vaccinated tourists on February 10. Officials made the announcement today that travellers from most countries will finally be allowed to enter, after plans to reopen on December 1 were scrapped due to the spread of the Omicron variant.

The announcement to reopen will allow fully vaccinated travellers from 157 countries who were previously permitted to enter the country without a visa before the pandemic to resume travel to the Philippines from February 10. Unlike Thailand’s complex relaunch of the Test & Go reopening scheme, The Philippines reopening plan does not involve any sort of quarantine and only requires a recent negative Covid-19 test before travelling to the country.

Noticeably missing from the list are tourism heavyweights China, India and Taiwan. Like Thailand, Chinese tourists are the fastest-growing demographic in the Philippines tourism sector. Most of the other countries of origin that make up the Philippines top 10 demographics will be able to enter though, with the US, the UK, Australia, Canada, Japan, and South Korea all on the list of permitted countries.

Unvaccinated travellers from any country will be fully banned on February 16 from entering the Philippines.

While many countries are opening up because their infection rates have gotten so low, the Philippines has a different approach, as Health Undersecretary Rosario Vergeire explained. The country recognised that its domestic transmission rate was higher than many other countries, so it made no sense to restrict travellers from those safer countries from entering the Philippines.

The Philippines has been economically ravaged after international tourism was shut down, then stringent restrictions were put in place even for travel throughout the country. Before Covid-19, nearly 13% of the country’s gross domestic product was from tourism. But international arrivals fell 82% in 2020 to just 1.48 million people, and the sector made up just 5.4% of the GDP.

Things only got worse last month with the double whammy of the Omicron variant outbreak around the world and domestically as well as the super typhoon that rampaged through the country that levelled many homes and businesses across the country, including popular tourist where bars, restaurants, and even resorts were destroyed.

Poolie
12 minutes ago, oldschooler said: Well beats the public library I suppose …..one might start with Wikipedia and then on to the various wiki source References…or TT Phil Forum even 😎😉 Consult with someone you trust who’s been there even…

TheDirtyDurian
1 hour ago, oldschooler said: And it isn’t ? that’s an opinion based on experience. your take is clearly different. But you don’t deny the statement …..😌 Nope, just can't be bothered to get into a he said she said. …

King Cotton
14 minutes ago, Poolie said: https://hbr.org/2014/12/wikipedia-is-more-biased-than-britannica-but-dont-blame-the-crowd Same bias. Well, who'd a thought it? Interesting piece though . . . thanks, Poolie!
oldschooler
41 minutes ago, Poolie said: https://hbr.org/2014/12/wikipedia-is-more-biased-than-britannica-but-dont-blame-the-crowd Same bias. Read That & Other Related Articles. Highly Complex Subject.Head Spinning.😩 Wikipedia suits me as it is “sufficiently” reliable for my needs & one stop shop. Brittanica is more reliable & less biased…
Tim_Melb
Just a quick addition to this one. On Friday the 4th of February the Philippines Government, in reaction to the cost being born by Filipino Health Insurance companies for Covid Claims, added a requirement for Tourists to be able to…